2016: Technically We Know Nothing 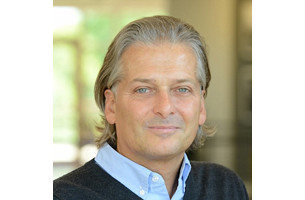 Let’s face it, making New Year’s predictions is a dangerous practice. Looking back at 2015, who could have guessed that Donald Trump would be where he is? Or, that brands, rather than consumers, would be the ones taking a stand against Black Friday? The truth is, all anyone can offer are intelligent - and likely wrong - predictions, so here goes:

People are growing increasingly aware of the value of their personal data. In 2016, people will understand that granting access should come with compensation. My age and geographical location for a 30 per cent online discount? Now that’s more like it.

If you’ve got it, don’t flaunt it.

Tech is becoming less about what it looks like and more about its capabilities and how subtle it can be; fitness trackers are incognito, headphones are wireless and smart phones have replaced wallets. In 2016, the focus will be on how tech can fit seamlessly into our lives.

Selling out just isn’t what it used to be.

Everyone knows the music industry has been turned upside down by the Internet. The resulting new world has created strange bedfellows: brands and artists who were once sworn enemies are now united in win-win relationships. And while the courtship used to start with the brand, it’s shifting to the artist. Expect more of this in 2016 as musicians continue to blaze the trail to new ways to get paid for their craft.

The year of doing.

Doing, not just talking, used to be the domain of only the most courageous brands. However, as brands realise the power of articulating a core purpose and acting accordingly, 2016 will truly be the year of doing. Not to be confused with the out-dated silo of ‘corporate social responsibility’, purposeful brand actions build the business and make a difference in consumers’ lives. And they create instantly meaningful content for marketers to tell authentic stories. Yes marketers, there is good news under the tree this year.

Diversity: more of the same.

This continues to be advertising’s most glaring shortcoming and one that will continue to plague us in 2016. Yes, we’ll talk some more. Oh, we’ll talk. But do the math at the end of the year and the story won’t be so merry. Nothing would be better than for this predication to be patently wrong.

Party of one: the merge of brands and politics.

The old brand marketing playbook said to stay away from polarising political stances, leaving a niche for the Kenneth Cole’s of the world to use political provocativeness as a brand positioning. Mainstream thought-leader brands like Chipotle and Starbucks have since demonstrated that taking a stand is no longer just about positioning, it’s about authenticity. And they’ve opened the door for everyone to participate. The timing will make it even more interesting: with guns, terrorism, an unstable global political climate and a wild presidential election on everyone’s mind entering 2016, this could be a tinderbox.

So there you have it. A bunch of seemingly intelligent thoughts that will likely be proven misguided at this time next year. I guess the good news is that it will be fun to find out.

J.B. Raftus is CMO at GSD&M