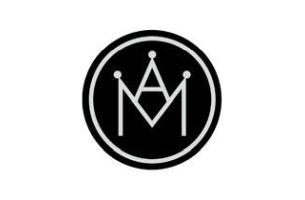 The 2016 Midas Awards kicks off this year’s competition with Midas Awards newly appointed Executive Director, Deb Ryan at the helm.  Ms. Ryan will evaluate the Midas Award competition, recruit prominent industry executives to serve on the 2016 Grand Jury as well as forge strategic alliances to benefit the competition and its entrants while expanding its global reach.

“The Midas Awards is dedicated to honouring excellence in financial advertising and marketing from around the globe,” said Ms. Ryan.“For the past 15 years, the competition has invited entries in the following four categories, Products & Services, Craft, Use of Medium and Use of Discipline. I am excited to be part of the legacy celebrating innovative financial creative for global brands on a multitude of platforms.”

Launched in 2015, The Midas Brand Report, a ranking similar to The Midas Report, but marking advertisers’ performance based on points earned within the Midas Awards. This recognition of innovative brands and their efforts to engage consumers on a multitude of platforms resulted in 2015’s Midas Brand Report recognising 10 global brands for elevating the financial advertising industry. Top performing brands include: MasterCard, Absa/Barclays, Emirates NDB, Citi/Citi, TD Band, Sanlam, Goldman Sachs, Allstate, Nedbank, and Visa.

The Midas Awards Grand Jury is recruited from prominent international agencies and comprised of the most respected and influential minds in financial advertising. Client and agency leaders from the creative and marketing disciplines, as well as internationally recognised experts in financial policy and communications, will be represented.  The jury awards Midas Gold and Silver Ingots to the highest scoring entries, and award the Grand Midas to the entry considered “Best in Show.” The results of the jury are parsed in an annual rankings brief, The Midas Report and The Midas Brand Report —a veritable who’s-who in the world of financial services advertising.

“Jury selection has begun,” said Ms. Ryan, “we are now recruiting executives from the financial advertising industry to serve on the 2016 Midas Awards Grand Jury and select those entries worthy of being called the World’s Best Financial Advertising.”

The deadline to enter the 2016 Midas Awards is September 15th, 2016. Enter before August 1, 2016 and receive a 15% discount with code MPR2016.  Entry details, including competition categories and rules and regulations can be found on the Midas Awards website.  To enter please click here.