The Influencers 481 Add to collection 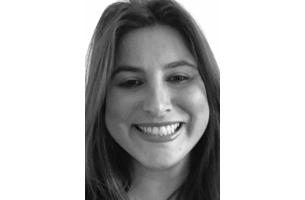 We’ve seen some exciting trends this year in social:

2. Messaging apps, such as What’s App, continue to improve and gain share

3. New social publishing formats were a big trend in 2015 and will continue, adding to the prevalence of video and live stream capabilities as a main feature on specific platforms

What does it all mean for 2016? Ubiquitous live streaming will continue to be a major focus of specific social platforms and will emerge into more ‘mainstream’ usage, making for huge brand inroads in 2016.

Following the success of platforms like SnapChat, Meerkat and others - Facebook recently released ‘Live’ - a live streaming service that rivals Twitter's Periscope.

Because of Facebook’s reach, the new feature will allow users and brands to stream video while collecting live comments from viewers. They feel the new feature will give branded content a more interactive feel and produce a more intimate connection between users. With nearly 1.5 billion active monthly users versus 200 million for Snapchat, Facebook has the opportunity to light up the live stream category.

The platform has real life applications for brands, and Lowe Profero, Mullen Lowe Group’s digital shop, will be looking for opportunities to deploy it for their brands in 2016. The shift to live streaming video is changing the landscape for brands and quickly becoming the new normal. The feature will be an exciting new tool for things like product launches, Q&A sessions, interactive customer service, customer feedback and focus groups, behind the scenes footage at events and trade shows.

Lowe Profero will look at employing Facebook live for their Spirits and Consumer Package Goods brands to give fans live access that previously wouldn’t have been possible via Facebook. The game has changed and the possibilities are endless.

For the moment, Facebook Live has only been made available to celebrities and public figures – the platform has engaged a substantial roster of musicians, athletes, bloggers and other popular personalities. A spokesperson for Facebook explains the exclusive focus group: "Public figures want the option to share live video with their fans, and people want to watch videos and engage with the public figures that interest and inspire them.” They will be analysing this celebrity trial in anticipation of a public launch in 2016.

What makes it different? Unlike Periscope, the video is saved to the brands page once the stream is finished, allowing for further views among those who missed the live broadcast. From a brand perspective this could open up lots of exciting opportunities upon public release but what, if anything, really sets it apart from the others, remains to be seen. What we do know - streaming is definitely the new black for 2016.