The Call for Entries for the AICP Awards is now open 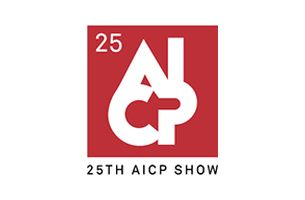 Matt Miller, President and CEO of the Association of Independent Commercial Producers (AICP), and Jules Daly, President of RSA Films and the 2016 Chairperson of the AICP Show: The Art & Technique of the American Commercial, today announced the composition of the Show’s Curatorial Committee. The Call for Entries for the AICP Awards is now open here.

“We are delighted to once again have such a high caliber group of Curators, each of whom will bring their own perspective to the 2016 installment of the AICP Show,” noted Miller. “The Committee’s expertise and insights help us to create a showcase worthy of inclusion in the film archives of The Museum of Modern Art.”

AICP Week, which launched in 2013, is anchored by the premieres of the AICP Show and the AICP Next Awards, as well as educational seminars and events highlighting creativity and marketing.

The AICP Show, established in 1992, is the most important advertising showcase in the U.S. Each year, the best advertising appearing in the moving image is honored and made part of the archive of the Department of Film at MoMA.  The AICP Next Awards, launched in 2007, highlights the winners of the eight Next categories, which honor innovative marketing communications. The AICP Next Awards are also archived at MoMA. The AICP Next Awards will debut on June 7th at the New School’s Tishman Auditorium, and the AICP Show premieres during a screening and gala at The Museum of Modern Art in New York on June 9th.