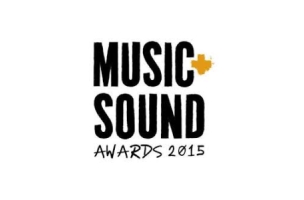 The third International Music+Sound Awards, the only global awards ceremony to focus on music and sound design in the media, are now open for entries.

Advertising and other media professionals worldwide are invited to become part of a music and sound celebration, which provides a global platform for the enormous number of talented individuals in this arena, to have their moment in the limelight.

The International Music+Sound Awards were formed to establish the criteria and standard for global excellence in music and sound for visual media, and to shine a light on those who create, source and commission it. They’re open to anyone involved in a commercial, film, TV show, or video game, broadcast, published or released, between 31st October 2013 and 27th March 2015, where the music or sound design plays an essential role.

Nick Payne, co-founder, comments, “The Awards continue to provide a stamp of approval from leading industry professionals across the disciplines they reward and offer the incredible wealth of talent out there much deserved exposure.  It’s a giant melting pot for the incredibly gifted professionals that provide music and sound design to the media industries on a global scale.”