2015 Music Trends: A Peek into the Future at Eurosonic

Trends and Insight 547 1 Add to collection

Is the piracy debate over? How is Spotify using data amplifying festivals? Which brands are getting it right? MassiveMusic investigates… 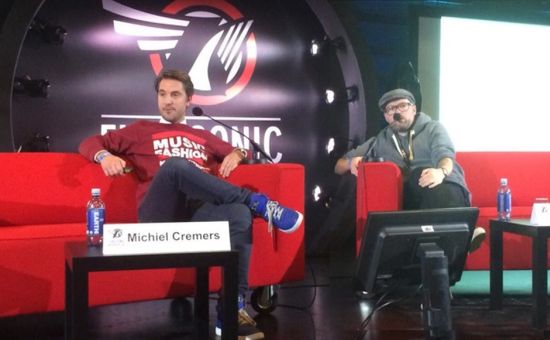 Oh hello 2015! You just seemed to have come out of nowhere. But as a new year calls for new thoughts on music, we figured we might as well kick off the festival season straight away with the European music event, Eurosonic Noorderslag 2015. Cold on the outside, but red hot on the inside, this year’s edition was even busier than last year’s with crowds lining up on all four festival days. Did they get their money’s worth? We’d like to think so.

FOR THE LOVE OR FOR THE MONEY

For the first time in the history of Eurosonic, there was no panel about piracy. Does that mean everyone is now finally okay with the rise of non-traditional business models in music? Well some maybe, but definitely not everyone. SFX Europe CEO Duncan Stutterheim for one criticized the insanely high DJ fees and their destructive effects on the industry. Hurray for guys like Carl Cox then, who rake in enormous amounts of money, yet also accept lower fees because playing music is what they love to do most.

Spotify has joined forces with LowLands and North Sea Jazz Festival and will flex its musical muscles before, during and after this year’s editions of both festivals. With its vast knowledge and data, Spotify is able to not only offer the visitors streaming playlists, but they can help promotors as well with booking artists and optimizing timetables based on real-time popularity. An offer that both North Sea Jazz festival and Lowlands couldn’t refuse.

Lowlands festival director Erik van Eerdenburg: "What is the Dutch market share of an artist playing LowLands this summer? When we book artists six months in advance, we need to know how fast artists (and their Spotify plays) are growing. Because when we do, we can place them on a bigger stage if necessary.“

At the same time, Spotify is interested in the impact festival like Lowlands have on the Spotify stats of the billed artists, says Will Page, Director of Economics at Spotify. Let’s see if there is more room for us in the X-Ray this year.

Every now and then a brand comes along that just gets it right. And how inspiring it is to see a music and brand platform tick all boxes for adding value to the artists, brand and fans. With Future Legends, Jack Daniel’s does exactly that. In a series of documentaries and exclusive concert nights, the whiskey brand puts a number of Dutch bands in the limelight that have what it takes to become legends of the future.

“Tell, don’t sell’’ as Piet-Hein Schnellen, Sr. Brand Group manager for Jack Daniel’s. describes the essence of the campaign. The stories are the embodiment of the Jack Daniel’s marketing strategy and are featured in all communication channels. Following its success in the Netherlands, the campaign is now being rolled out internationally and cross-promotion by the different markets is expected to further increase its impact.

MASSIVESMUSIC – SINCE THE BEGINNING THERE WAS SOUND

Just like previous years, MassiveMusic represented by Michiel Cremers and Tommy Zee, made a passionate case for the power of sound. How it can tell stories, create identities and enable cultures to communicate with each other.

We showed how different civilizations identify themselves with different types of music, how sound is used to intimidate opponents on the battlefield and how kings commissioned composers to rock a party the same way modern day brands commission DJs. We concluded with the history of sound and music and the way they have been used to sell things, talking about early songs about tobacco and the most recent sonic branding best practices from Coca-Cola.

On the opening night of the event The Public Choice Award of the European Border Breakers Awards (EBBA) was won by The Common Linnets, who also won the most important Dutch Pop Award 2014. Other awards included the Pop Media Award, which went to Atze de Vrieze of VPRO’s 3voor12, the Buma Music Meets Tech Award, which was won by the British startup BandApp and the 6th annual European Festival Awards, which celebrated the vision, creativity of the music festival industry.

We watched the show of Oscar & the Wolf twice (it was that good), Talisco got it right, Monooid made us dream, Typhoon opened up, Bea shut us up and our very own MassiveMusic colleague Tom and his band Sumera made us proud as a peacock!