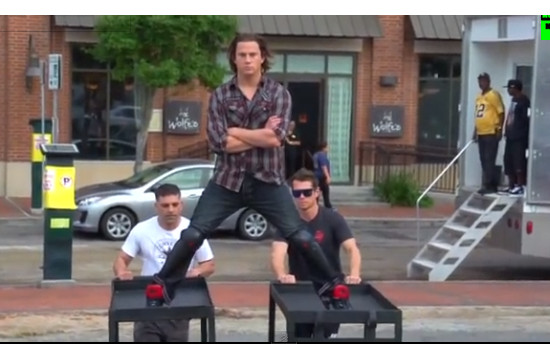 The spoof features the actor on the set of the 22 Jump Street sequel recreating the original ad, from Swedish agency Forsman & Bodenfors, which showed Van Damme doing the splits between two Volvo trucks. Tatum instead uses food crates.

A parody of the “surprisingly good” campaign for soft drink Sun Drop is the second-most viewed ad spoof, according to data from the video advertising and analytics specialist Visible Measures.

Three comic versions of Apple’s iPhone 5s campaign feature in the list of most-viewed spoofs. The spoofs were created by the online filmmaker Matthias. A second parody of the Volvo commercial, this time using a super-imposed image of disgraced Toronto Mayor Rob Ford, also makes the top ten.

Dove’s renowned “real beauty” campaign, created by Ogilvy & Mather and Coca-Cola’s “come together” film, which highlighted its stance on obesity, both spawned highly successful spoof versions. The Dove spoof, which features men in a comic version of the original, attracted 3.2 million views while the Coke parody, highlighting the alleged perils of consuming soft drinks, gathered significantly more online views than the official version.

Spoofs of commercials from GEICO and Cheerios complete the top ten of the most-viewed ad spoofs of the year.

Matt Fiorentino, Visible Measures’ Director of Marketing said: “As the saying goes, imitation is the highest form of flattery, and this list of the most viewed ad spoofs in 2013 is no exception. Spoofs show how influential brands can be on popular culture, as we see in the number of spoofs Apple has inspired on this list.”

“Even if spoofs poke fun at the original spot, they help brands spread their message, which is a very powerful form of earned media. All brands would be so lucky to have the social equity and creative influence to inspire audiences not just to watch and share their ads, but create and distribute versions of their own.”