1stAveMachine's Mathery Snaps Out of Reality in Surreal Spots for Orbitz

The due directs 'Just Like That' for the travel company 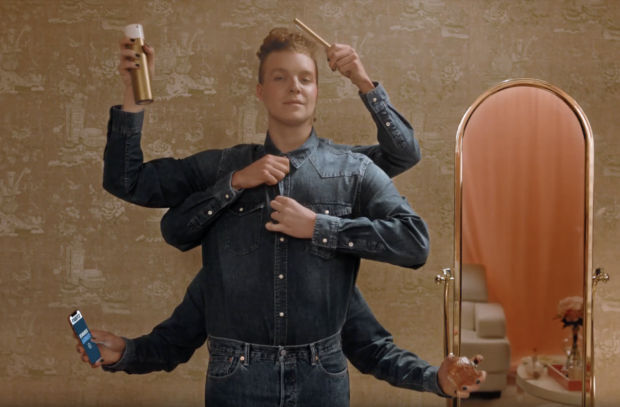 1stAveMachine directing duo Mathery, aka Erika Zorzi and Matteo Sangalli, partnered with global advertising agency Havas to bring their offbeat sense of humor and visual flair to the 'Just Like That' campaign for online travel company Orbitz. Featuring a nostalgic 70s vibe, the campaign’s pastel aesthetic and eccentric tone strongly speak to the brand’s audience of digital natives.

Fully embracing their surreal, tongue-in-cheek set pieces, each spot showcases that, at the snap of a finger, Orbitz members can earn instant rewards on travel. The scenes range from an app user sporting six arms in 'Mirror Snap' to squealing hands sticking out of cactuses in 'Shrub Snap' to a gigantic hand triggering an earthquake in 'Big Snap.'

When coming up with their approach, Mathery’s creative wheels started turning when Orbitz explained that they wanted to venture out of their comfort zone. “Orbitz trusted our vision in executing something really weird, but in a sleek and refined way,” says Mathery. “It was important to strike the right balance between surrealness and composition.”

Comedy also played a huge role in the campaign, including the deadpan but catchy delivery of the dialogue. Mathery instantly fell in love with the snappy patter of the scripts, reminiscent of their favorite 1940’s comedies. According to Mathery, “We worked with a talented cast that had a great rapport and could have kept the scenes running forever!”

Mathery’s Orbitz spots follow the directors’ similarly styled recent work on OFFF’s film to promote their design and innovation festival. According to 1stAveMachine, this campaign is just another example of the duo’s unique creative vision. “The humor in Mathery’s work comes from their attention to every detail, including performances, locations, art direction, wardrobe, nail polish, and even what vegetables are on the plate on a room service tray,” said EP, Peter Repplier.