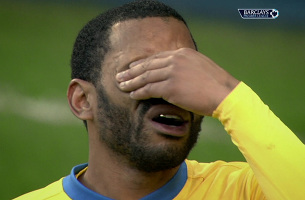 Grey London has launched a campaign to promote The Times and The Sunday Times’ award-winning sports coverage and exclusive, near-live football, rugby and cricket video highlights.

Three television commercials each comprise a montage of some of the most striking and unmissable moments from recent Premier League matches, Aviva Premiership Rugby fixtures and England international cricket matches. The ads will be set to Berlin’s 1980s power ballad Take my Breath Away and feature the line ‘For the moments even we can’t describe in words’.

A fourth spot, to be featured on VOD platforms, features the same line, presented against a montage of those moments from all three sports. It replaces the usual matchday noise with alternate – and striking – sound effects: shattering glass for a dropped catch, a pinball machine for a goalmouth scramble, the roar of a lion for the roar of a 16 stone Flanker…

Traditionally, newspapers have provided fans with their pre- and post-match fix – through narrative, predictions, comment, opinion and analysis – with the drama and near-live action of the match provided by the television set.

But now, The Times and The Sunday Times can offer something no other paper can offer: the match highlights and live action alongside their award-winning editorial coverage.

It is the potent mixture of chaos, skill, unpredictability and surprise presented by the match itself that goes right to the very heart of why we love sport: “The joy of sport, in many ways, is that it strikes such an immaculate balance between skill and luck, order and randomness. Too much of the former, and the game would be too predictable; the better team would always win. Too much of the latter and we might as well watch a game of roulette. Sport, then, gives us orderliness, but with a dash of uncertainty; it gives us skill, but with a soupçon of caprice,” said Matthew Syed, Sports Columnist and Feature Writer of the Year, 30 April 2014

This campaign celebrates the fact that The Times and The Sunday Times are the only newspapers that can give fans the best analysis alongside the near-live action and match highlights, through exclusive videos of every goal, run and try scored and in doing so delivering exclusive content for all its members.