19 Pieces of Canadian Creativity to Enjoy with Your Poutine

From quirky creative to hard-hitting PSAs, check our favourite Torontonian work of the past six months 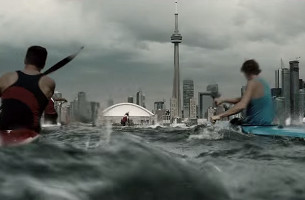 It’s not uncommon to find creative directors who think they’re Jesus, but 1one Production and agency Ig2 went one further when they imagined the man himself taking part in a marketing meeting for a smart viral that gave the international ad community a chuckle.

Toronto is set to host the Pan Am/Parapan Games this summer, and to drum up excitement for the event FCB Toronto and Untitled Films launched ‘Invade’ for Ontario Travel. The result is a stunner of a spectacle as athletes from other American nations descend on Toronto from all angles. Such a stunner, in fact, that we caught up with FCB and director Phil Brown to find out how they pulled it off. 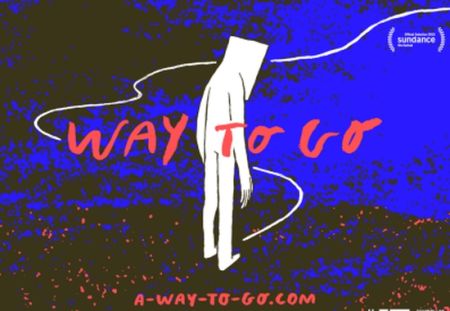 Director Vincent Morisset proved that virtual reality wasn’t all about shiny tech labs and crazy budgets in his arty interactive film Way to Go.  This collaboration with the National Film Board of Canada was created with a team of just four people – a true DIY venture into the virtual world. But there’s plenty of innovative tech behind the scenes, with generative music and landscapes that produce an almost infinite experience. If you get the chance, give it a go.

This visual onslaught of pure joy for Koodo Mobile spread cheesy grins throughout the LBB team. Find out more about this ridiculously cheerful campaign from Camp Jefferson and K72 and check out the rest of the films here.

A clever twist on vintage wedding videos, this campaign against banning same-sex marriage (particularly in the US where the Supreme Court is deciding whether states have the right to ban it) evokes an alternative past where all people, regardless of sexual orientation, gender identity and gender expression are able to share their love. The project was led by FCB Toronto, in collaboration with FCB Chicago, and was directed by Ben Flaherty.

How do you make silent film relevant for the modern audiences? Creative agency Red Lion brought the beginnings of cinema to a new audience with their choose-your-own-adventure Instagram campaign.

This Skittles spot from late last year will stimulate your sweet tooth or make you feel incredibly creeped out… or possibly some sort of combination of the two. From BBDO Toronto and The Corner Store’s Conor Byrne, it tells the tale of an ordinary family man whose life is turned upside-down when he is struck by a rainbow…

11. Gift of Home for the Holidays

This incredible Air Canada stunt from JWT Toronto saw a pub full of homesick Canucks flown home for Christmas. Our cockles were well and truly warmed, so we caught up with the team behind it back in December to learn more.

Grey Toronto created this powerful PSA for Moms Demand Action for Gun Sense in America with production from Untitled Films. It was launched almost two years after the gun tragedy at Sandy Hook Elementary School and a report documenting the almost 100 school shootings since Newtown was released with it.

Is reactvertising the next big thing? Probably not. And that just makes this hilarious short from john st. even funnier.

Zulu Alpha Kilo and Revolver Films director Bruce McDonald imagined a proper ‘60s ‘Mad Man’ trying to adjust to life in its modern day agency. It does not go well.

This campaign by Leo Burnett’s Chicago, London and Toronto offices catapulted to global acclaim last summer, with the launch video now sitting at 57 million views. They followed up with a sequel on International Women’s Day to show how the ‘Like a Girl’ phrase’s meaning is already changing.

Cossette and Touchpoint Films helped this young lady to surprise her Russian mother with the announcement of her pregnancy. The resulting film is a real beauty.

For decades, high school teacher Bruce Farrer has been asking his students to write letters to their future selves. Publicis and Soft Citizen captured him tracking down past students to give them their letters in this beautiful campaign for WestJet.

Leo Burnett Toronto teamed with Revolver Films on this powerful PSA for the Ontario Women’s Directorate.

Saatchi & Saatchi and the Canadian Centre for Gender and Sexual Diversity created the world’s first and only ‘gay’ object - a sweater knit from the donated hair of more than 100 LGBT people. It debuted during Toronto Fashion Week to raise awareness of the fact that it’s offensive to use language such as ‘that’s so gay’ to negatively describe something.

Great Apes: Behind the Scenes at Mailchimp’s Creative In-House Agency
View all News