180LA Launches Weighs On You for adidas 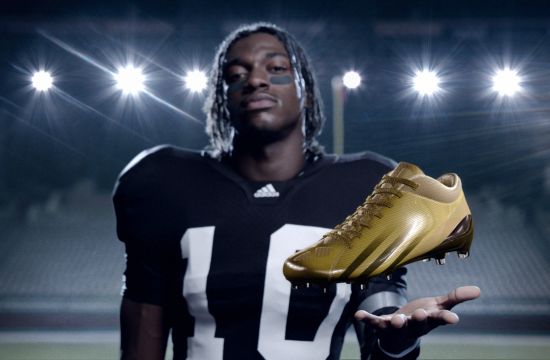 When a player like Robert Griffin III puts on the lightest football cleat ever, he becomes even scarier. As a result, he gets into his opponents heads long before kickoff.  In the spot, we follow one of RG3’s opponents in the moments leading up to game time and see how his fear of RG3 weighs on him.

The commercial features the 7.9 oz. adizero 5-Star Mid and showcases "what light does" on and off the field.  Created by 180LA, directed by Sam Brown and featuring a composed music track by Human, the spot was shot at multiple locations throughout DC and will air on stations such as ESPN and Adult Swim.