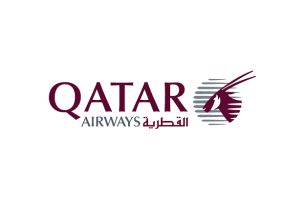 Over the coming months, 180 Kingsday will work on 360 brand campaigns for Qatar Airways including work on its official partnership with FIFA and upcoming associated events, including the 2018 FIFA World Cup Russia.

Qatar Airways and 180 Kingsday have previously worked in partnership on a project-to-project basis, producing critically-acclaimed campaigns including: ‘Getting Safe with FC Barcelona’, one of the most viewed airline safety videos of all time with over 40 million views; FCB The Holiday; and recently, the powerful film ‘No Borders, Only Horizons’.

The ambitious TV and online film, created by 180 Kingsday, generated a tremendous surge in conversation and support around the launch in June and has since been seen in over a billion households and viewed over 55 million times online around the world. The film addressed issues at the heart of the Qatar blockade, affirming that travel is a fundamental right for everyone.

Al Moseley, International President of 180, said: “180 Kingsday are obsessed with working with the most ambitious clients on the planet and Qatar Airways are exactly that. We are thrilled to continue this partnership, and to make them even more famous.”

Qatar Airways Senior Vice President Marketing and Corporate Communications Ms. Salam Al Shawa, said: “We are passionate about our brand and our desire to connect emotionally with all of our passengers. We want to be part of their love of their love of travelling and share their excitement of flying, to go places together around the world, wherever their dreams may take them.”

“We have been excited and impressed with the results of our creative partnership with 180 Kingsday, who have helped turn this dream into a reality and look forward to deepening our joint commitment to excellence to inspire our customers to travel, and to help us go to greater heights.”