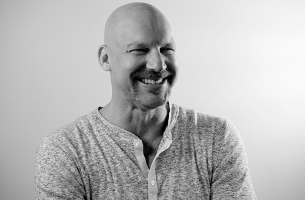 The hire comes after two years of accelerated revenue and staffing growth between 180’s collective offices in Amsterdam and Los Angeles.

Harris most recently served as President of Creative Advertising Services for Deluxe Entertainment. Prior to that, his impressive career includes running DDB California as President & CEO, founding agency twofifteenmccann San Francisco, serving as Chief Strategy Officer for TBWA\Chiat\Day, San Francisco, and spending five years each as an account person at Goodby Silverstein & Partners and Y&R in San Francisco. His work has garnered multiple global Effie's and Cannes Grand Prix’s, and he has a campaign in the Clio Hall of Fame. Along with his creative and strategic accolades, Harris has helped drive growth for clients across a variety of categories.

“There isn’t an agency or brand in the world that wouldn’t benefit from the strategic and creative thinking of Mike Harris,” says 180 Global Chief Executive Officer, Michael Allen. “We’re lucky to have him onboard to help us continue 180’s momentum.”

"They know who they are and what they stand for, and I have always admired the work that 180 does and the agency’s people and culture,” says Mike Harris. “I’ve wanted to be part of that for a long time. I'm beyond excited to help Mike, Chris, William and Al take 180 to the next level."

Mike Harris’ appointment follows 180 Amsterdam’s hiring two of the most highly-awarded creative professionals in the industry—Executive Creative Directors, Dave Canning and Dan Treichel. Their books include breakthrough work for ESPN, Southern Comfort, and Climate Name Change, among others.

“The success of our clients depends on people who can blow the doors off conventional thinking, and Mike has plenty of dynamite," says Al Moseley, President and Chief Creative Officer, 180 Amsterdam.