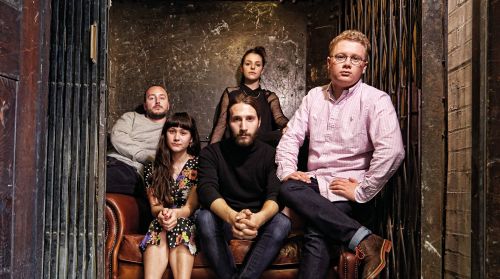 Borrill and Tan will be responsible for the production of film and imagery for use online and as content for 18 Feet & Rising clients the National Trust, Kopparberg, National Citizen Service and Nando’s.

They will report into Greg Hemes, the executive head of production, and will work alongside Make Made director Louis Jopling. Jopling joined in 2012 as a runner and became the test pilot director for Make Made throughout 2013, doing shoots for 18 Feet clients such as National Trust and Kopparberg.

Tan directed the ‘The Love Club’ music video for Lorde, which got over 1.6 million hits in a month, and Borrill has worked as a photographer for London Fashion Week. He has also shot press ads Kopparberg, National Citizen Service and Cuckoo’s Nest Clothing.

Borrill and Tan have both recently graduated from the photography department of Blackpool & The Fylde College with first class honours.

Hemes said: “I’m excited and apprehensive to be nurturing new talent. There’s nothing like the feeling of helping people fulfill their creative potential.”

Jonathan Trimble, the 18 Feet & Rising chief executive, said: “The success of production companies is defined by its abilities to develop new talent which is why we are investing so heavily in it.”

Make Made, which operates as a wholly owned production facility within 18 Feet & Rising, was set up in January this year following the appointment of Greg Hemes from Saatchi & Saatchi.