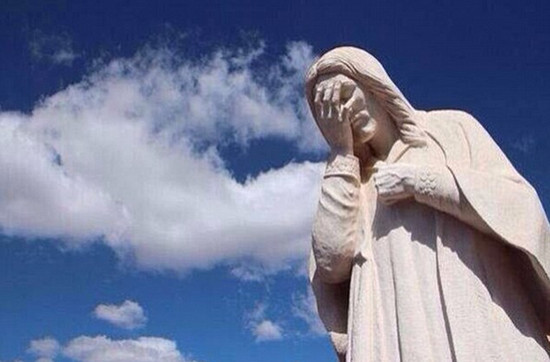 Germany's World Cup drubbing of Brazil resulted in a second smashing, but of a different kind. 580,601 tweets were sent in the minute following the game's fifth goal, pummelling the previous record of 389,000 that Brazil vs. Chile garnered during the World Cup. On top of that, a record 35.6 million tweets were sent during the 90-minute match and six of the top 10 trending topics on the social media site were related to Brazil vs. Germany. So it's fair to say that the internet - brands included - had a lot of fun at Brazil's expense. We round up the best nuggets that popped up.

1. As you can imagine, Rio de Janeiro’s Christ The Redeemer was featured. Here he is, head in hands. 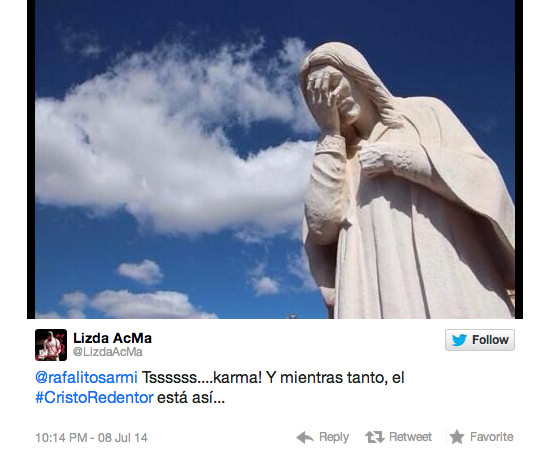 2. There was a lot of head-holding. 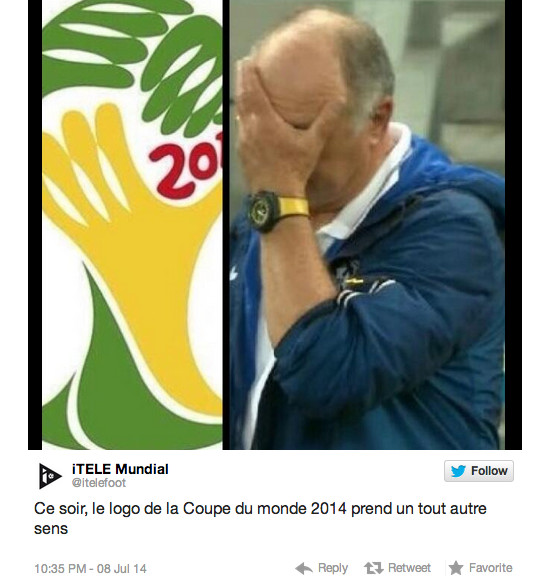 3. Christ The Redeemer's hands were also used a humiliation guage. 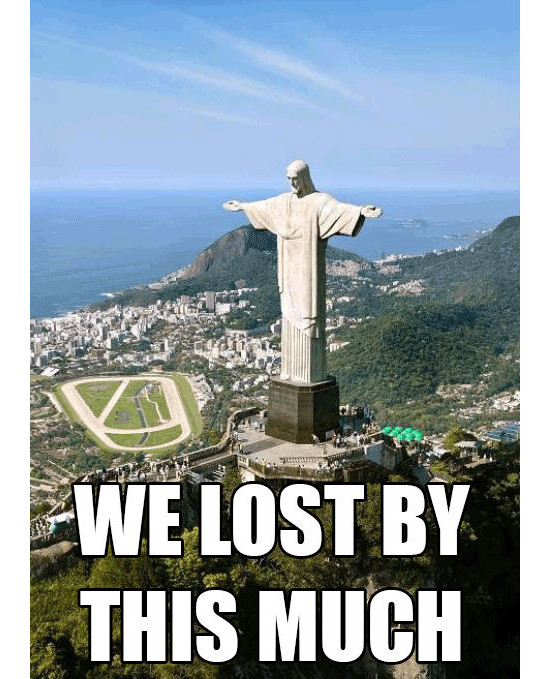 4. Feeling ashamed, he decided it was time to jet off to pastures new. 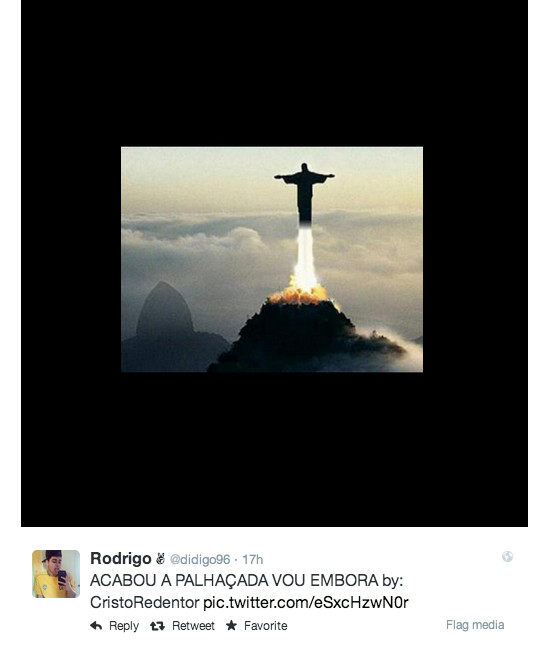 5. And German politician Angela Merkel took her place on the famous plinth. 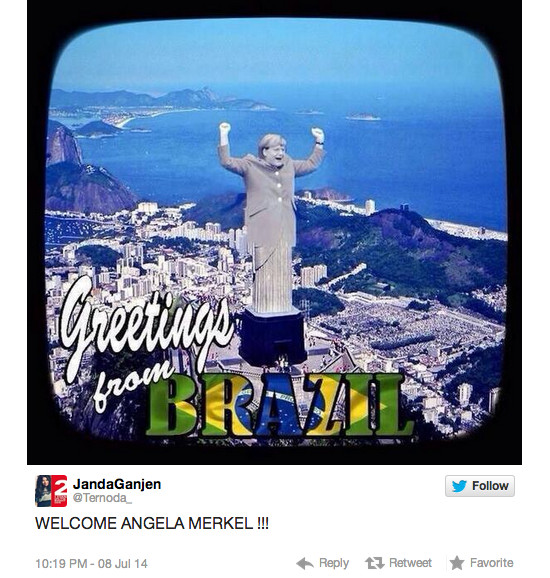 7. German radio station Bayern 3 exerted the fact that no matter how fruity and delicious caipirinhas are, beer really is the most superior drink in the world.

8. Even golden boy Neymar, who didn't play on the night, couldn't avoid ridicule for his promotion of 7UP. 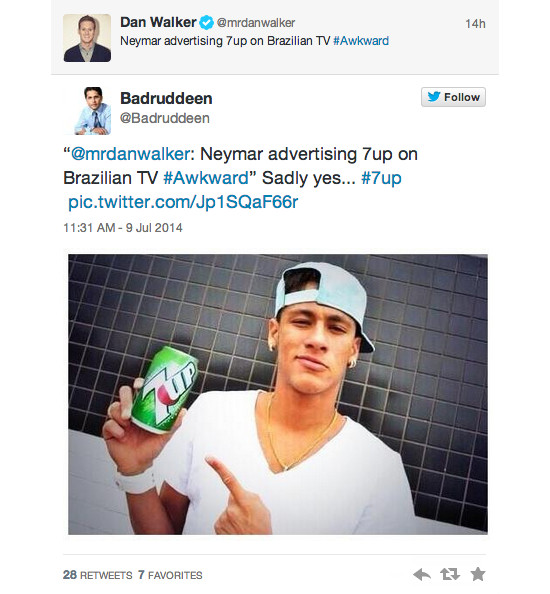 9. One of the 2014 World Cup’s most popular hashtags #ThingsTimHowardCouldSave returned. 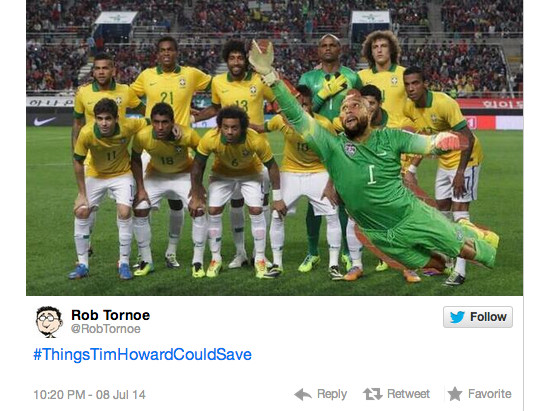 10. As if just for good measure, Justin Bieber got blamed. 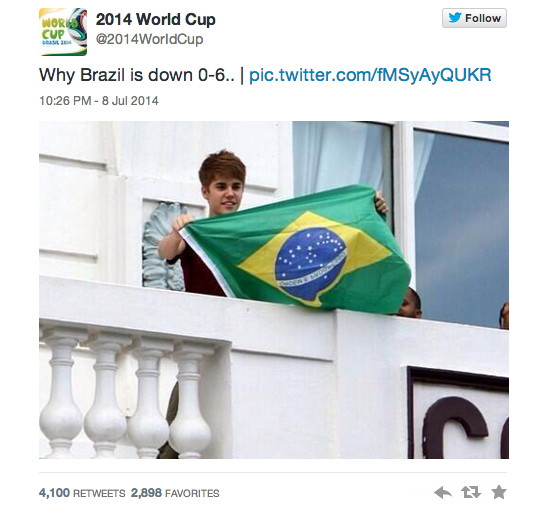 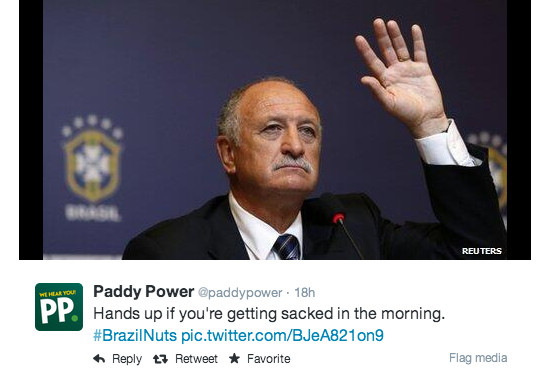 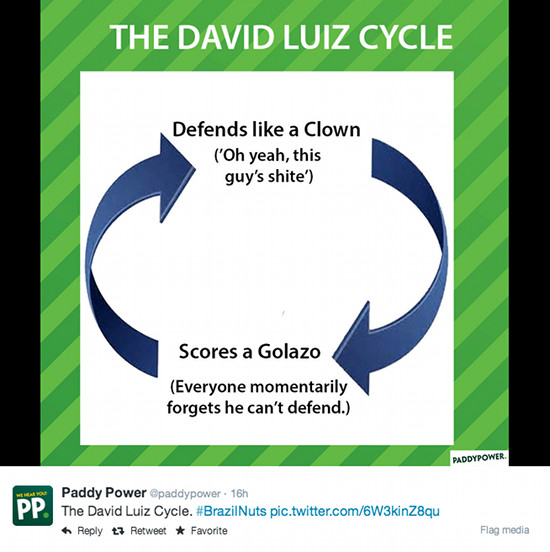 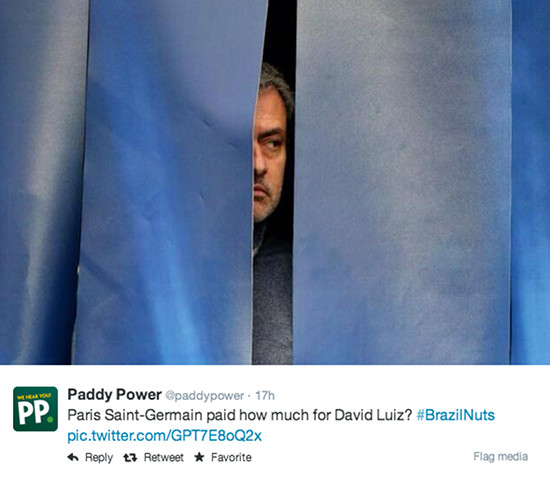 12. Peperami was a little bit mean. 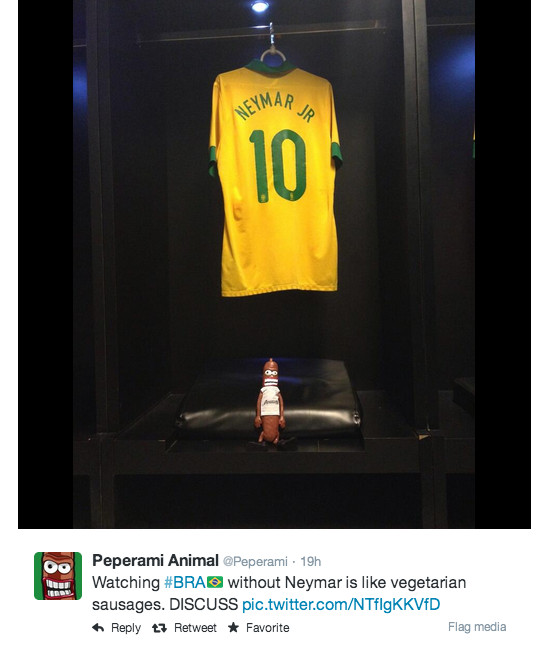 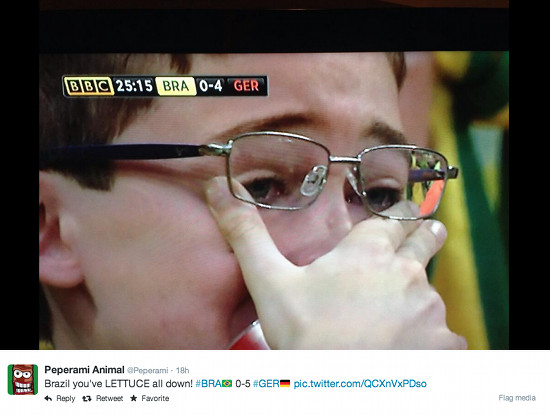 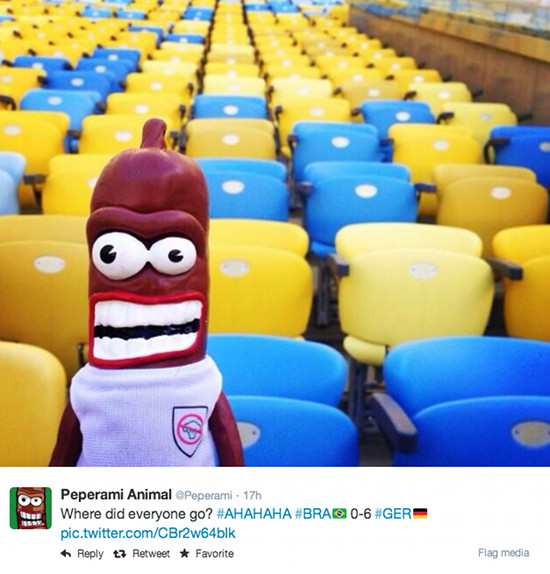 13. Sony Xperia did a stellar job of summing up the entire game in seven seconds.

14. It was all too late by the time Brazil initiated this cheeky trick. 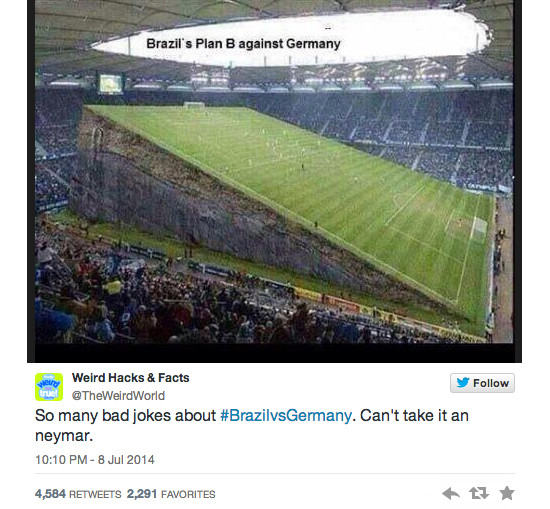 15. There were a lot of sobbing Brazil fans on the night. But a final thought goes out to this guy, who looks a bit like a lost toddler losing grip on its most treasured teddy. 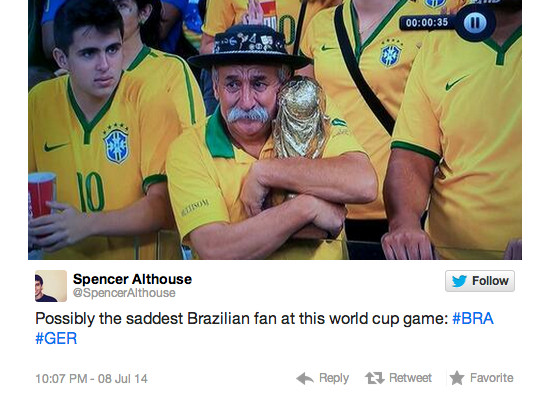