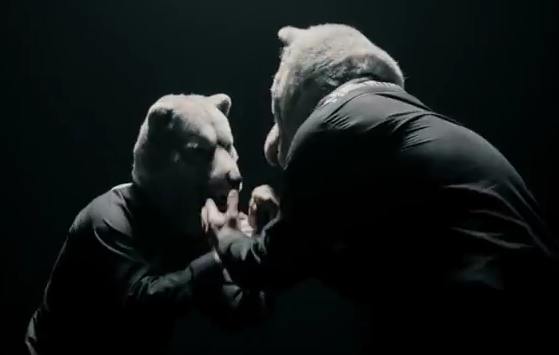 Born in 1979 in Kanagawa Prefecture, Japan, Tsukagoshi attended Tama Art University and enjoyed studying graphic design and illustration, three-dimensional CG, animation, photography and the figurative arts. While attending college, he met his future boss, director Shinya Nakajima. It was at this point that he became interested in the TV commercial industry. In 2002, Tsukagoshi joined the production company, Tohokushinsha Film Corporation.

Working for two years as a production manager, he became an assistant for directors such as Shinya Nakajima and Tatsuhito Nakano. He began working as a director in 2005 and at the end of 2008, he left Tohokushinsha to go freelance. In 2009, he moved to Los Angeles to broaden his creative reach. He now belongs to The Director’s Guild of management office in Japan.

Director Kosai Sekine made his debut in 2005 with the much-talked-about “Right Place”, a darkly humorous yet compassionate slice-of-life short film about a man with OCD. The following year, he won the Young Director Grand Prix award at the Cannes Lions International Festival of Creativity for his work on “Daughter”, a TV spot for the Raindance Film Festival. In 2010, he directed the “Nike Music Shoe” campaign, in collaboration with breakbeat unit “HIFANA”, creative technologists “Rhizomatiks” and W+K Tokyo.

The campaign took the Silver Award in the Film Craft category at the Cannes Lions. It was the second year in a row that Sekine received a Silver at the Lions, cementing his status as a director of international repute. His direction and creative use of symbols in portraying a neo-futuristic Tokyo for the music video “Maledict Car” (a collaboration with Jemapur and W+K Tokyo Lab) were a hit on the global stage. Sekine resides in Tokyo and is involved in a range of projects including TV spots, web films, music videos, and short films. His clients include brands Nike, Uniqlo, NEC, and Shiseido. His management company in Tokyo is GLASSLOFT. He also belongs to JKD Collective as a visual artist.

Born in 1978 in Osaka, Japan, Daisuke Izumi studied architecture at Osaka University. His approach to communal space was to imagine a family or community narrative and to conceptualise the design of living spaces that promoted and encouraged communication between people. This focused his interest on narrative storytelling through human interaction and emotion, which manifests itself in his films. He has often been described as a visual comedian as he crafts the delicate humour of such situations.

The range of his work is expansive and he focuses on strong pictures and binding narrative. After spending 10 years as a leading director at Dentsu Creative X, the TV commercial and music video production arm of the agency Dentsu, he has become a freelance director and is spreading his impressive talents to the worldwide market.

Straight out of film school, Kei Ohta began his career at AOI Pro in the digital content division specialising in the overall planning and direction of interactive websites. His first big break came whilst working on “Eclipse Live From Fujiyama” for Panasonic. The live website and follow-up film captured a rare eclipse from the top of Mount Fuji powered entirely by solar energy. It received numerous international and domestic awards. He then went on to direct interactive film sites for such clients as Audi, Ajinomoto, Subaru, Toyota, Sony, and Google. The interactive e-commerce film site "Nano Second" for the Japanese fashion retailer Nano Universe brought his work to the forefront.

nano second from nano・universe on Vimeo.

His latest film for NTT Plala.inc entitled "Japanese high-school girl who is late for school take the surprised way” has generated quite the buzz on social media, with over two million views on YouTube in less than two weeks from its release without any influence of paid media. The video features a high-school girl late for school, who suddenly decides to climb up the school’s building right to her classroom to make it in time.


Ohta’s specialty is in knowing that his work will be viewed online verses the traditional TV format. When asked to describe his work he replies: “I am a BUZZ x Film” director. Creating content that generates discussion on social media is key to his work.

Naoto Nakanishi majored in architecture and after leaving studies he got his first job as a production manager in a film company. He also worked as an assistant director and as a planner and has been working as a director since 2007. He learnt everything from his time working on set. With a love of dialogue, as a filmmaker, he is also influenced by comic books and has a study with three wall-to-wall bookshelves full.

From an early age, Sohei Anai wanted to work in the film and TV industry.
“When I started looking for a job, I read an article by Taku Tada and he described his job as, ‘Thinking about fun stuff’ and I guess that was a motivation for me to choose this field,” he says.
When he got his interview at Dentsu Tec, the interviewer asked if he was interested in becoming a manager/producer or a director.    “I answered that I want to be a director, it simply sounded better,” he quipped.

Inspired by creative director Taku Tada, he also likes the surreal look and insanity of director Shunichiro Miki’s work. “My main thing as a director is to make people laugh and I describe my style as being crazy, bizarre and silly,” he says, adding: “I enjoy working on projects with those elements and prefer creating something teenagers like or think is funny.”

Motion picture and art director Takcom has garnered acclaim worldwide, through exposure in many countries via gallery exhibitions and art festivals. His varieties of media formats all pursue new forms of expression.

In 2006, Atsushi Makino majored in film and TV graphics at  UMPRUM (Academy of Arts, Architecture and Design in Prague)  in the Czech Republic. It provided him with a great opportunity to study  puppet animation and hand-drawn animation under professionals.

共感覚おばけ from Atsushi Makino on Vimeo.

After his studies abroad, he returned to Japan  and entered the animation course in the Film and New Media department at Tokyo University of the Arts. He joined P.I.C.S as a director in 2015 and has been successfully building his career  by creating a variety of works such as hand-drawn animations and music videos.

Yukihiro Shoda is known for his creative use of colours and stylish live-action, depicting and questioning the essence of matter. He focused all of his creative energy producing his short masterpiece, "Blind". The film was a strong reminder of the power of film, and made a big impact in the creative community both in Japan and abroad.

Born in Osaka, Shoda joined a post production company after graduating from Kyoto Institute of Technology in Engineering and Design. After experiencing positions in editing and shooting, he became a film director in 2009. Shoda currently resides in Tokyo, and is involved in a wide range of projects including music videos, short films, web films and TV spots.

Along with using traditional visual expression, Eiji Tanigawa incorporates new age film techniques into his work and is fast becoming one of the most recognised Tokyo based directors of today.

Ryō Hirano was born in Saitama Prefecture, Kasukabe City, Japan in 1988. He graduated from Tama University’s Department of Information and Design.

His favourite themes for illustrations are ghosts, love and everyday events, which he uses as inspiration for his animation work. Recently he won the Japan Media Arts Festival “New Face Award” for his animated music video for Omodaka’s latest song “Hietsuki Bushi”. He has recently completed a music video for young band OvertheDogs. He is managed by Foghorn.

Mao Fujii, (MAO), is a young and unique film director who is trying to turn existing values about sex in Japan upside down. It is his aim to change negative values on closed sex to something open and to be loved by all by using the power of ‘Kawaii’, which translates to ‘cuteness’.

With the creation of his sexual animation, "MUKECHIN" (also known as ‘Peeled Off Penis’), he believes any kind of value can be changed by the power of love and laughter. To make people understand more about this thoughts and to get them to think deeper about ‘love and laughter,’ MAO continues to produce TVCs, music videos and online films like "MUKECHIN".

Natsuki Takashima is a 32-year-old female film director. After studied graphic design at university, she started working as the director in 2009. Her talent lies is creating combined points of view of both male and female subjects, which makes the world of her films more mysterious.

She recently won a competition hosted by the National Museum of Emerging Science and Innovation in Japan. Takashima has also been selected as Young Cannes Lions and won the best award in Remarkable of the Year, a honourable award given to young film directors in Japan. Her friendly and charming yet masculine character makes her films even more interesting.