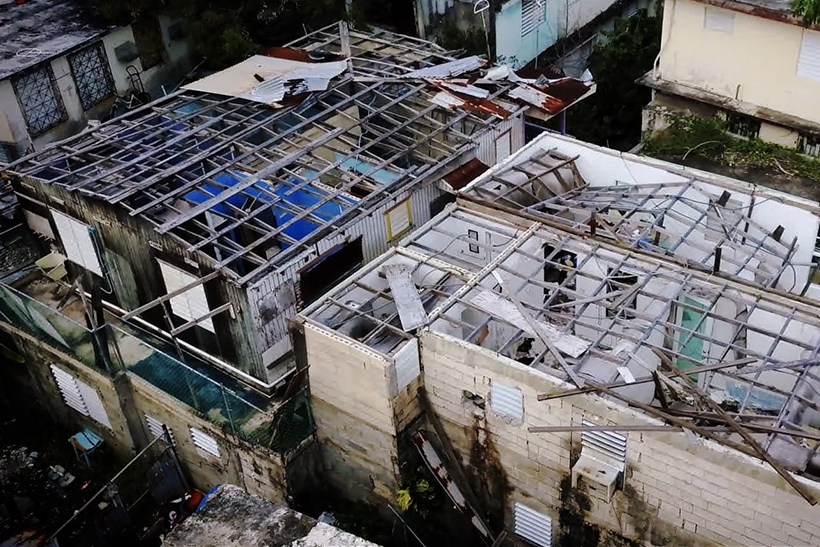 Today, I’m Brave, the global non-profit announced that its 100Roofs Project with a mission to rebuild 100 roofs for 100 families in Puerto Rico, exceeded its goal, completing 116 roofs and counting. The roofs were rebuilt in Morovis and Orocovis, municipalities in Puerto Rico that were most affected by Hurricanes Irma and Maria which hit nearly two years ago. Today, 400 Puerto Ricans, formerly living under blue tarps, have a new home and life thanks to the philanthropic community of the 100Roofs Project.

A joint humanitarian partnership with renowned actors/activists Ramon Rodriguez and Rosie Perez, along with disaster relief organization HEART 9/11 and its founder Bill Keegan, the 100Roofs Project was created not only to rebuild roofs, but also train local men and women on the island on how to become professional roofers through HEART 9/11’s signature Pre-Apprentice Program.

Nearly 200 professional carpenters from HEART 9/11 were sent to Puerto Rico and a total of 38 pre-apprentices received hands-on training for a period of 10-weeks, while rebuilding roofs along with instruction on measurement, safety, engineering and technical skills. They graduated from the program this past summer and now have the skills to rebuild roofs in their own communities.

“Looking back, it’s incredible to see how much we were able to achieve in such a short period of time,” said David Angelo, founder of Today, I’m Brave and founder and chairman of creative agency David&Goliath. “It all started in early 2018 when Today, I’m Brave produced the award-winning documentary Pa’Lante, beautifully directed by Ramon Rodriguez and starring Rosie Perez. It’s a heartfelt telling of the brave personal stories of local Puerto Ricans five months after the Hurricanes hit and showcases HEART 9/11’s pre-apprentice program and the rebuilding of five roofs. We thought if we can make a difference with five roofs, imagine the difference we can make by rebuilding 100 roofs. And that’s how the 100Roofs Project came to be. With Bill and the HEART 9/11 volunteers on the ground, our goal was to raise awareness and funds to help make 100Roofs a reality. And in the spirit of teaching a man to fish, training even more pre-apprentices to rebuild in their respective communities. It was scalable and sustainable, and we immediately recognised the potential for great impact. 100Roofs became a movement that connected HEART 9/11, Rosie and Ramon with a community of purpose-driven people and brands to effect positive change. And it did, in spades.”

In order to achieve its goal of 100 roofs for 100 families, in July of 2018, the 100Roofs Project launched a multi-level philanthropic, community-outreach effort with the goal of raising $500,000. This included creating a fundraising platform, a corporate sponsorship program for brands, and finally on September 20, 2018, the one-year anniversary of the Hurricanes, they hosted a charity star-studded gala in downtown Los Angeles with some of Hollywood’s top Latin celebrities. It was at the Gala that they announced the 100Roofs Project had exceeded its fundraising goal. And most remarkably had achieved it in less than two months.

“None of this would of have been possible without the shared desire and generosity of spirit of a community of purpose-led individuals, organizations, brands, nonprofits and media who wanted to make an immediate difference,” said Angelo. “Rosie and Ramon were leading the charge by promoting 100Roofs on national TV, many of LA’s top productions companies joined the movement and contributed, media companies were offering in-kind donations from iHeart Radio, to Twitter to OUTFRONT Media which donated a billboard in the heart of Hollywood to help fundraise for 100Roofs. And we had world class brands join as corporate sponsors. It truly was phenomenal that we were able to not only reach but surpass our fundraising goal in less than two months. It’s this kind of philanthropic marketing, one that offers a tangible, sustainable solution to social causes and brings together like-minded people, that will ultimately move the needle and make the biggest difference in the world. It has to.”