100 Years of Progress, But What’s Still to be Done?

The Influencers 363 Add to collection

INFLUENCER: Carolina Gutierrez Vargas on the current #MeToo and Time’s Up movements and what women can do to make a change 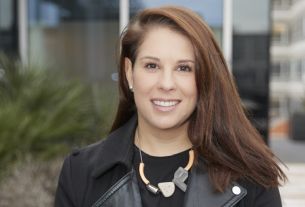 February 6th marked the centenary of the Representation of the People Act in Britain - a seminal bill which allowed some women the right to vote for the first time. Throughout the week, brands, businesses, publications and politicians marked the occasion with celebratory content. Many simply focused on what feminism has already achieved, but given the current political and cultural climate, many more asked what’s still to be done.

Throughout my career, I have been lucky enough to work for organisations like Engine who have programs to ensure gender equality is taken seriously. As a result, I have never felt held back in my career because I am a female, however, I know I am one of the few.

There are so many similarities between the women’s suffrage movement and the current #MeToo or Time’s Up movements. They are simply a rallying cry from women, and some men, to stand up for equality. Back then the aim was simple: give women a vote. Today it is about much more than that. Sadly, we have the likes of Donald Trump and Harvey Weinstein to thank for the fact that this cry has never been louder.

#MeToo and Time’s Up were popularised by Hollywood but if we hold a mirror up to our industry, inequality still exists. Men still dominate the boardroom, and many women miss out on promotion because they lack the self-confidence to put themselves forward.

So, what can we do to change things?

Firstly, as women, we need to be kinder to each other. For whatever reason (our internal bias) we are tougher on each other than on men. Go figure. I wish I was making this up, but it has been shown that if a female pilot is driving the plane we have more fears for our safety than if a male pilot was on the driver’s seat. The same goes for female surgeons. Closer to home, studies have shown that even at CV stage, we think men are more hireable and deserving of a higher salary than their female counterparts. Before we’ve even met them. We need to become self-aware of our biases and stop them. Pronto.

Secondly, we need to continue to be tough on gender stereotypes in advertising; even if sometimes that means being tough on our clients. The industry has made decent head way in this area, but that momentum needs to continue. It is great to see that men can also do the washing while girls get messy on dirt bikes according to Persil - and dads can play with Barbies too.

Today the crazy reality that women couldn’t vote 100 years ago seems insane. Hopefully in the very near future the fact that women didn’t work in leadership positions or get paid the same as men or had to sacrifice their careers due to the cost of childcare will appear equally ridiculous. In an age where people like Donald Trump are reversing some of the progress we have made, I just hope it’s nowhere near 100 years before complete equality is achieved and #MeToo and Time’s Up also belong to the history books.