100 Years of Keeping on Trucking with Chevy 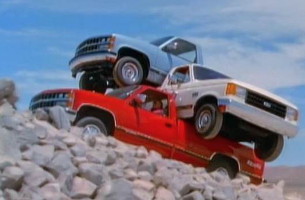 Trucks are not just part of Chevy culture, they’re part of American culture. One hundred years and some 85 million trucks later, Chevy has been making these dependable, hardworking vehicles for all walks of life – from hauling materials and workers to job sites to build our great American highways, monuments, schools and dams, right down to the front lines contributing to our “arsenal of democracy,” Chevy trucks have been there every step of the way.
To mark 100 Years of Building the Future, Chevy is taking a moment to reflect on a century of success while looking ahead to the next 100 years. To help tell this incredible story, the Commonwealth//McCann Detroit team developed a charming yet rugged campaign featuring real Chevy truck owners – filmed deep in the heart of Texas, where one-in-five trucks are sold in America. During development, the Commonwealth//McCann team posed a simple question to these no-nonsense Texans:  “Does celebrating 100 years of Chevy trucks matter to you?” The response was simple yet spoke volumes: “Yup.”
Of course, the campaign is more than just a nod to truck heritage, it’s a celebration of loyal Chevy truck owners. So true to Commonwealth//McCann fashion, we put these real people right at the center of the campaign.
TRUCK LEGENDS
To kick off the campaign, Chevy debuted the Truck Legends program a year ago and offered membership to Chevy truck owners who have more than 100,000 miles on their current truck or those who have owned multiple trucks. Members enjoy benefits including an exclusive cap, Legends decals, special invites to Chevy events, the ability to share photos and stories in the member gallery, and exclusive merchandise and truck news from Chevy. To date, the program has significantly exceeded our on-going participation objectives, and is available in both English and Spanish.
MULTI-MEDIA COMPONENTS
The team paid a visit to the GM Heritage Center in Sterling Heights, Mich., to source historical assets to create a video called “Then/Now (:60).” The Heritage Center and its Media Archive manage GM’s global repository of historical photography, motion picture film, video and digital media since Chevrolet’s founding, and over the years has digitized and restored decades of Chevy Truck films – 25,000-plus records tagged with “Chevy Trucks” to be exact. By stitching together a compilation of clips from the early days of film right up to modern commercials, the video weaves together a narrative and asks (and answers) a humble question: “Why has Chevy been saying the same thing for 100 years? Because it’s true.”
The team then reconnected with their Texas friends to film two more 30-second spots. Utilizing the talents of an Emmy award-winning director to capture the real, honest emotions of these ‘legendary’ truck owners, they produced “Names (:30),” which explains why truck owners name their vehicles – much like a member of the family – and “Yup (:30),” which takes an even more simplistic view of these tried-and-true owners. They’re busy folks and don’t have time to pontificate on a Centennial, so instead they say what’s on their mind – proving truck owners don’t have to say a lot, to say a lot.
In addition to the filmed work, the team created what may be the most artful components of the campaign – beautifully decorated and styled buff prints that serve as an extension of the “Then/Now” video for auto enthusiast publications. Featuring old and new opposing ads that are disruptive by nature, the prints instantly transport the reader to a time period (1956, 1971 and 1977, respectively) when the original Chevy truck ads appeared. Turning the page reveals the current Chevy model truck while retaining the same vintage layout and style. The team approached creative development with flexibility in mind, and all assets travel well across various channels, from illustrations, digital video, CRM, social, PR, events and OOH, making them highly sharable.
Lastly, to extend the campaign into the literary world, the team produced a beautiful keepsake coffee table book titled, Chevrolet Trucks: 100 Years of Building the Future, available for purchase at chevymall.com.
WHAT’S NEXT?
There’s plenty more coming to celebrate the Chevy Truck Centennial, including recently presenting the 2017 Willie Mays World Series Most Valuable Player, George Springer, with a 2018 Silverado Centennial Edition, appearances at the upcoming CMA Awards, Army/Navy game, and more. Stay tuned and visit chevytrucklegends.com for a full anthology with history, timeline and photos of your favorite Chevy trucks. 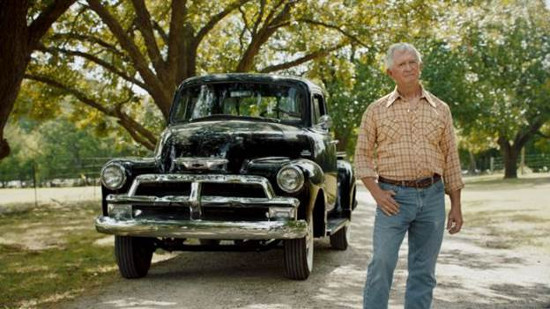 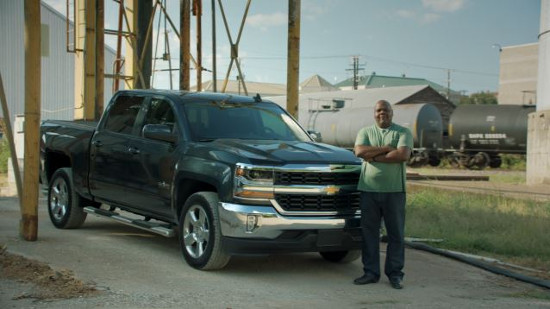 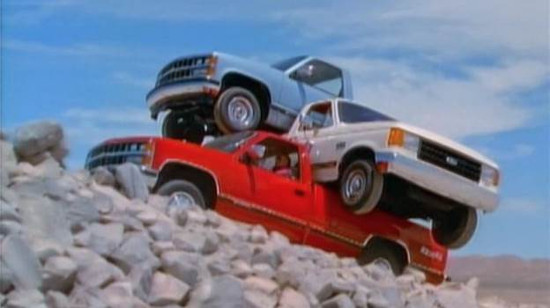 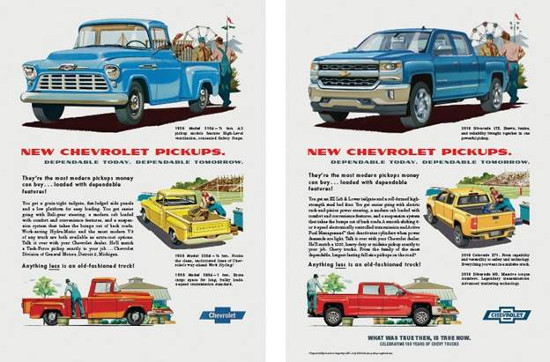