10 Years of TBD Post: Investing In What It Takes to Grow 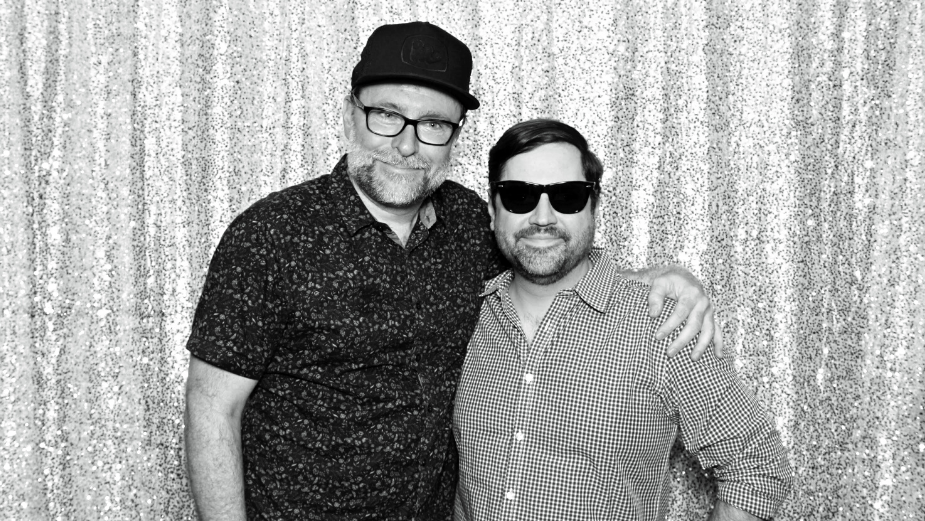 When post production partners Brandon Thomas and Ted Griffis set up shop in 2012, the onus was on “helping great filmmakers to the finish line”. Heading up colour and editing, respectively, Brandon and Ted’s well matched passion for finessing the creative and technical elements of the work, saw the duo branch out into what would become a post house staple of the thriving filmmaking scene in Austin, Texas.

Rather than the typical initialism of founding partner surnames, TBD Post is a two-pronged play on words that pokes fun at both the unpredictability of post production and the difficulty of deciding on a trading name. Unlike the indeterminate nature of its name, TBD Post quickly sealed their fate as one of the most successful post houses in the South, firmly securing a place for itself in the competitive US market, amidst the big hitters on either coast. Informed and inspired by the creative community spirit of Austin, Brandon and Ted credit the unique “little big city” for being accessible, collaborative and presenting a Smörgåsbord of opportunities.

In the last decade, TBD has grown from a two-man job into a 21-strong team of like minded craftspeople. In addition to a growing team, the company's offerings have continued to expand; providing colour, motion graphics, editing, finish, VFX, sound design, mix and delivery of content of any length. Repeat customers are a trademark of TBD Post, with the team securing multiple contracts with agencies inside and outside of Texas, such as McGarrah Jessee, GSD&M and R/GA, and global brands like Dodge, Mazda, EA and Dell, as well as long-form work for Netflix and other streaming services. Operating from a state-of-the-art facility minutes from downtown Austin, TBD are poised and ready to go on the next editorial or commercial brief.

Reflecting on the last ten years, and preparing for exciting developments of the coming 12 months and and beyond, partner/editor Ted Griffis, partner/colourist Brandon Thomas and managing director Karen Jacobs offer LBB a peek behind the curtain, to learn more about what’s been happening down in Texas.

Within the first five years, TBD Post had grown their colour grading and editing specialism into a full service post house. “We added sound to make us a full turnkey shop,” explains Ted. “We’ve created the sort of environment where you can be in a sound mix on a film and see something with the picture that you want to address, and pop into the other room, seamlessly working across multiple areas.” This unrestricted approach encourages a wholly collaborative work environment for TBD’s team of sound mixers, editors, finishing artists and colourists. “Every artist in the pipeline adds something invaluable,” adds Brandon, proudly. “Our team does a great job of making the work as good as it can be, at every stage. We’re not just ticking things off a list, we’re trying to bring something new to the table, artistically, and solve problems along the way.” Equipped with the best technology - both owners are keen followers of all the latest cutting edge tech - TBD works on an array of projects that need elevating to the next level, technically and creatively. “We’ve built our infrastructure to support artists, streamline workflows and instil trust in our clients that they’ll have a great experience.” The flexible design of their facilities grants TBD the freedom to accommodate the needs of a range of clients and projects. “We take on work that we believe in and have had the privilege to do so with directors and creatives that keep coming back to us,” Ted explains.

Ten years in, and the full scope of TBD knows no bounds, with creative goals evolving from commercial projects, to social content, to features and long-form projects. On the long-form side of things, notable projects include the eye-opening A Thousand Cuts - a documentary that follows brave journalist Maria Ressa, an outspoken critic of Filipino president Rodrigo Duterte and his war on drugs - which premiered at Sundance Film Festival in 2020; comedy documentary Chop & Steele - about Nick Prueher and Joe Pickett, fake strongman duo and founders of the Found Footage Festival - which premiered at Tribeca Film Festival in 2022; and heart-warming narrative film Blue Miracle - a Netflix original starring Dennis Quaid, that is based on the true story of a Mexican orphanage who entered a life-changing fishing tournament.

Through their work on projects of this nature, the TBD team have unearthed a passion for long-form stories. One of the major stand-out projects is Fathom for Apple TV+, a documentary film about marine biologists who are studying the language of humpback whales. In it, researchers record whales in their natural habitat, playing the recordings back underwater, in a bid to communicate with them. Naturally, sound design was an integral part of the storytelling; “It is an artfully crafted documentary that we were able to enhance, which was really fun to see come alive,” beams Ted. “Experiencing the whale songs in Atmos - being surrounded by sounds so few humans have ever heard - takes the film to a whole new level.”

Both partners acknowledge the larger-scale creative process that goes into long-form work. “With a narrative film or documentary you’re often communicating and collaborating with that creative team for weeks or months, so you build your own rapport, your own form of creative shorthand” explains Brandon. “Long-form filmmakers can spend years on a project, so their level of creative and emotional investment is oftentimes deeper than where you get with short-form content, because of the nature of the work.”
“We strive to create excellent-sounding, immersive-feeling films for our clients.” continues Ted. “When filmmakers come in and witness our work, it feeds them, and a nice collaborative back and forth happens. We consider how to solve a narrative problem with sound, and Brandon does the same with colour and finishing artists on the picture side too, pushing it to be the best it can be. Our environment encourages collaboration in the room.”
A recent example of TBD’s willingness to problem solve and embrace challenges can be seen in their work on Season 2 of In Space with Markiplier - an interactive YouTube Originals show that follows the ‘choose your own adventure’ format which continues to grow in popularity. Looking back on the requirements of the project, the partners reflect on how big a feat it was. “There were hundreds of VFX shots and moving parts, and I’m really proud of how we navigated all of that,” says Brandon. “The grade is great, the sound is awesome; we did some really great work on it.” Remarking on the hours and hours of content worked on as part of this impressive group effort, managing director Karen adds, “This is a good example of how TBD understands the different nuances within all of the platforms and the various types of delivery when it comes to the future of entertainment and content creation. ”

TBD’s receptiveness to briefs of all shapes and sizes continues to open doors for the post house - the Markiplier trailer alone has 25.5 million views and counting - helped along by the company-wide ethos of operating as a ‘low-ego shop’. According to Karen, Brandon and Ted lead by example; “As owners, they are very experienced and technically savvy, but they are also willing to do all of the work - nothing is below their post. This attitude permeates through the studio and everybody is willing to pitch in as a result.” Having joined the company in March 2020, Karen was onboarded right as the pandemic began to unfold. “Covid created an even stronger sense of teamwork, solidifying the need for clear communication and structure,” she says.

Other recent hires include executive producer, Ron Rendon, motion graphics artist, Nic Bass, and editor, Evan Linton, who joined the team in 2022 to continue raising TBD’s bar, particularly in the commercial arena. “We’ve got an incredibly talented group of people who are happy to collaborate and help each other out, asking for help when they need it, which is a major part of it,” says Ted. 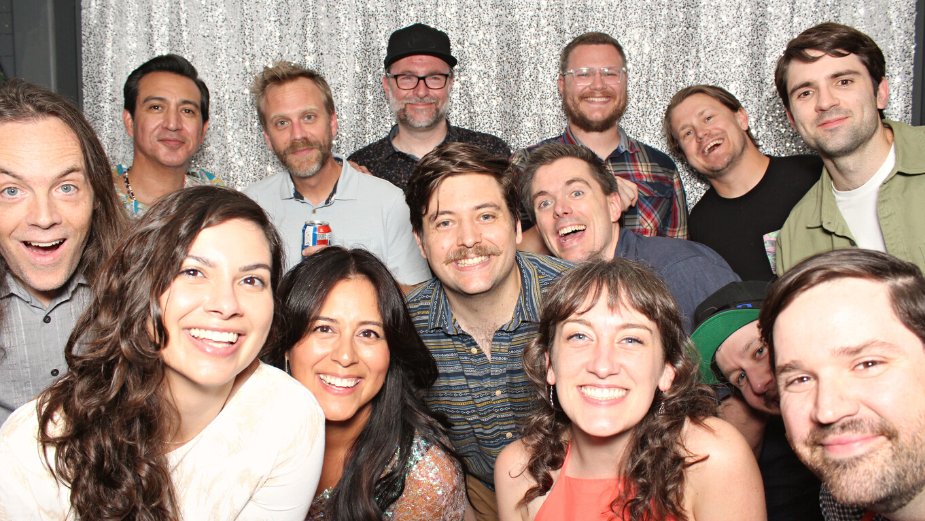 To honour their 10th year, TBD threw a party at The Belmont in Austin, where they were joined by 200 friends and family of the company.
Despite the obstacles thrown at them during covid, TBD Post were quick to pivot, and showed no signs of slowing down. Fortunately, thanks to the technological infrastructure and tools already in place, the entire team were able to seamlessly transition into streaming sessions and remote working.
“During my two years here, Brandon and Ted have gracefully evolved, learning to let go which is often the biggest challenge for any owner. They are pointedly making changes that help the team along, investing in what it takes to grow,” reveals Karen. “Next we plan to expand beyond the Austin market, hire more on the editorial side, establish more partnerships with brands and content creators, and continue to foster relations with independent filmmakers, studios and streaming companies.”
“We’re incredibly proud and grateful for the success we’ve had. I’m always excited to hire people that are better than us at the things we do well. I’m genuinely excited to learn from other artists and the opportunity to support and engage in the growth of those artists makes us all better,” Brandon says. “TBD is the result of a lot of hard work. We do our best to take care of our clients and take care of our team. I hope we can continue organically growing as we have for the next ten years.”
view more - Company Profiles 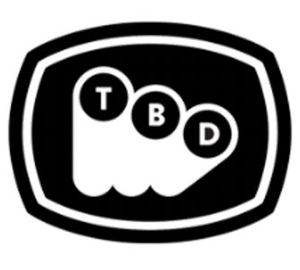 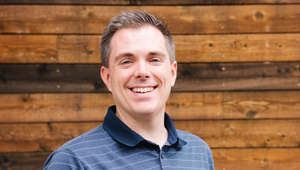 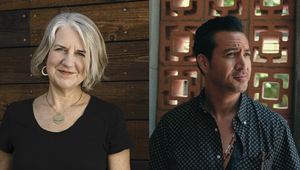 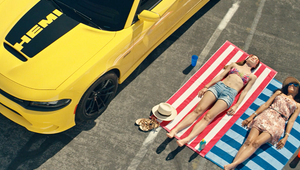 Dodge Encourages Sticking to the Streets During Shark Week 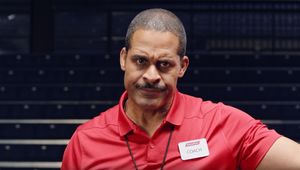 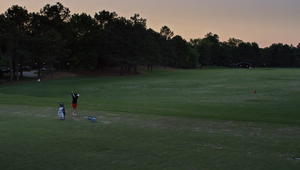 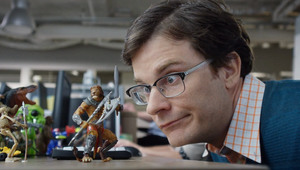 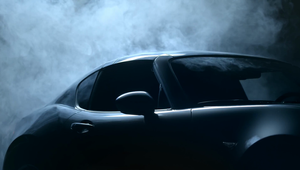 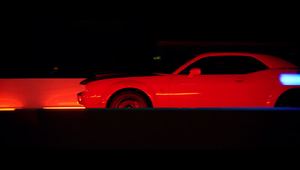