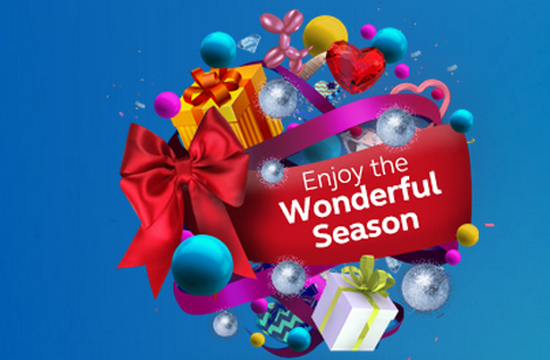 Globe Telecom, a leading telecommunications company in the Philippines, has launched a campaign titled “0917 Wonderful” to thank its subscribers for their support. The campaign, developed by Havas Media Ortega, was launched earlier this week on 17th September and will run until 24th October.

As part of this campaign, Globe will be raffling and giving away special prizes such as gadgets, gift certificates, movie tickets and Globe Rewards points. To participate in this raffle promo, Globe subscribers will need to  key in their phone numbers on a microsite (www.0917wonderful.com) that will make them eligible to win gifts from Globe.

A unique aspect of this campaign is the way that the brand has played with the number 917, the prefix associated with it in the country. Not only was the launch date kept as 17th September but also the total number of winners will be 917 which the telco will raffle off every day at 9.17 am and 9.17 pm.

According to D'Artagnan "Bunny" Aguilar, Division Head of Convergent Communication Channels, Globe Telecom, this campaign was designed to coincide with the onset of the auspicious season of Christmas as Globe wanted to be the first brand to celebrate the festival. “Since Christmas usually begins in September, and 0917 are numbers that are associated with Globe, we decided to start the campaign on September 17.”

The brand’s expectation from the campaign is to generate amongst its customers a feeling that they are loved, said Aguilar.

This campaign, launched on the web (including Facebook and Twitter) and mobile platforms, is the first digital promotion from the telecom company that is targeted only at its subscribers.
Commenting on the campaign idea, Aguilar said: “The idea to come up with a digital activation that is a raffle promo came from Havas Media Ortega (HVMO), which I think is a simple yet brilliant idea. Once we approved the idea, HVMO was relentless in making sure that we get it off the ground given the very limited time to work on it to make it in time for September 17.”
Laszlo Miguel Lim, Business Director, Havas Media Ortega, added “we really wanted to keep things as simple as possible and get straight to the heart of it. As the giving season started, what better way for Globe to say ‘thank you’ than by gifting their subs wonderful experiences?”

On the Process:
• Go to the website (www.0917wonderful.com), fill in some information and then that’s it, you’re part of the promo. So it’s just a two/three step, but of course there will be SMS validations/ confirmations.
• Everyone who joins also gets a free ringback, tone. It’s a small prize but just to make sure everyone gets a small gift from entering the promo.”
• Globe is giving away prizes, and these are technology prizes. The driving factor of course would be the gadgets; but it’s really more than just the prizes –it’s really more of the wonderful experiences you’ll get from the prizes!