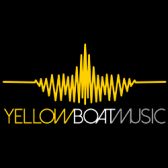 Yellow Boat Music is a Soho based music Production Company that answers music briefs for media based projects including advertising, television, film, radio and digital.

We work closely with clients to create musical content that combines great composition ideas with the highest production values. Music that is bespoke and that delivers exactly what each individual project requires.