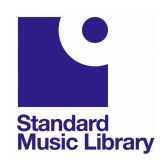 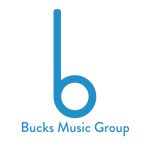 Standard Music Library is a PRS-affiliated Production Music library, formed as a collaboration between London Weekend Television (ITV) and Bucks Music Group in 1968. Initially, and fittingly, it released 68 albums on vinyl, the last being Brian Eno’s sought-after 'Textures' album. All our albums are now available in a variety of file formats, easily downloadable from our website - just a quick registration form to fill in is all that's needed. We have a large catalogue of contemporary and archive recordings, covering a wide variety of genres.

We aim to have a high-quality little bit of something for everything, from orchestral and classical to dubstep, dance, dark atmospherics, exotica, drum n bass, indie, chill-out, ambient,  jazz, on to World Music and an impressive archive catalogue stretching back to the late 60s (including recordings by Ron Grainer, Delia Derbyshire, Dudley Moore, George Martin & Sven Libaek).

We're happy to work to briefs, perform music searches, visit clients and give any additional assistance required during the licensing process.

Standard Music Library is a PRS-affilliated Production Music library. For a guide to licensing and our standard rates, please visit the PRS website: