Politicians As Brands: We Choose Prime Ministers Like We Choose Baked Beans 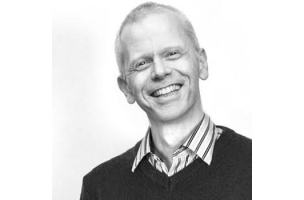 As the dust settles on the 2015 election, focus shifts to who Labour should choose as leader if they want to improve their fortunes. Values, beliefs, policies, all of these matter. But to reach an electorate disengaged from politics, who won’t read a manifesto, and who struggle to identify all but a handful of MPs, there are more superficial considerations involved; considerations anyone working in marketing will recognise.

Though we might like to think voting is a rational decision, for most it is influenced by the same instinctive forces at play when we pick one tin of baked beans over another. This isn’t meant to trivialise the political process, or suggest we don’t care, but it is scientific truth. Our decision making is mostly out of our control, a function of neural impulses and chemical reactions; brain triggers that influence behaviour before we have even considered our actions. In the supermarket aisle, we don’t pick up tins, compare ingredients, investigate sourcing, or conduct taste tests.  Instead, we shop on autopilot, buying what we’ve always bought, or on gut reaction when something catches our eye.

We may not like to admit it, but voting is not dissimilar. Consider habit: if the status quo is at least ‘OK’, we have little impulse to change. For Tory voters, middle class Lib Dems, and undecided centrists, why rock the boat? This may seem selfish, but is again just brain science. We are hardwired to prefer gains over losses, making us creatures of habit who dislike change. No matter what we say to the pollsters, at some point a few million years of evolution kicks in and whispers ‘things could be worse’.  Which goes a long way to explaining the last minute upsurge in Conservative support on Election Day.

Even more interesting, and a little worrying, is how the second of these instinctive ‘shopping’ behaviours affects voting: gut reaction and the gravitational pull of what looks ‘right’. Our brains are inherently lazy, minimising energy use by seeking easy solutions. Often this means answering difficult questions by unconsciously replacing them with simpler ones. ‘Will Person X make a good leader?’ requires some thought, so we substitute an easier question: ‘does Person X look like a good leader?’. This we can answer, then post-rationalise (as we might argue MPG and safety to justify a car bought on looks). Daniel Kahneman explored this phenomenon in his book Thinking Fast and Slow. Across multiple studies, he found a consistent result: when shown unnamed photos of political candidates and asked who they would vote for, respondents deferred to an instinctive sense of what good leaders look like. This has nothing to do with ability, and everything to do with a strong chin and a slight, confident smile connoting competency. Moreover, these results correlate highly with actual election performance.

Which rings true. Though some may dislike what they see as his polished, public school arrogance, Dave exudes confidence and appears statesmanlike, whereas Ed often came across like an uncomfortable school boy and, as many commented, just a little weird. Internet memes during the election demonstrate this: Cameron’s focused on policies and privilege, whereas Miliband’s funny faces appeared too often for comfort.

Which, of course, says nothing about his ability, and everything about our perceptions.

So where does this leave Labour, stuck on the wrong side of our instinctive preferences for the status quo and looking the part? Nobody would suggest leadership decisions based on appearance alone: politics isn’t a beauty parade, and the best person to lead our country isn’t necessarily the one who looks like they are. But it’s important to recognise that many vote as instinctively as they reach for products on supermarket shelves.

All of which brings us back to baked beans and the lessons of marketing.

Changing behaviour in the supermarket is no different to what political parties must deliver in the voting booth. If you aren’t the current preference, how do you short circuit engrained behaviour and get people to switch? This is something effective advertising has always grappled with, explaining why politicians embrace the Mad Men’s dark arts: the memorable soundbite, the stunt policy, and the front page headline. From ‘we’ll fight them on the beaches’ to ‘education, education, education’, what are these if not memorable advertising ideas? This was something else the Conservatives understood: true or false, cynical or otherwise, the spectre of a Labour/SNP pact struck a nerve.

But putting aside the negativity of this and much political campaigning, as marketers we should be reassured.

Regardless of who habit favours or what leaders look like, getting your message out and making it stick does work. It’s Marketing 101: understand your audience then clearly communicate what you’ll do for them in a way which gets noticed, connects emotionally, and leaves potent, actionable memories.

The SNP, UKIP and Greens – the challenger brands – all harnessed this marketing truth to great effect. As did the Tories, albeit to protect their ‘No.1 brand’ status. But it is here that Labour arguably lost the election, unclear on what they were saying or to whom. And whilst a well-groomed leader won’t harm their prospects in 2020, getting these basics of good marketing right will have an even more significant impact at the ballot box.