John Lewis 'The Bear & The Hare' 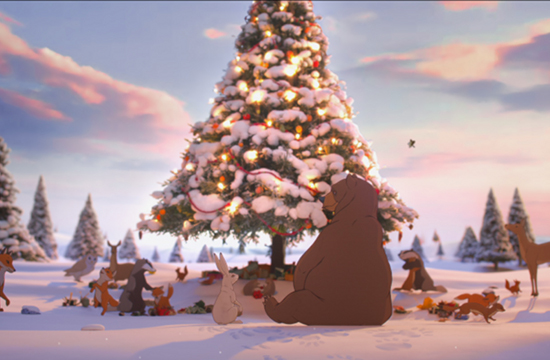 This year’s John Lewis Christmas campaign, created by adam&eveDDB, takes the form of an animated woodland tale that pays tribute to our most memorable childhood Christmases.

‘The Bear & The Hare’ tells a classic story of friendship at Christmas - building on the longstanding John Lewis theme of finding the perfect gift for those you care about. It features the strapline ‘Give someone a Christmas they’ll never forget’.

The beautifully handcrafted ad was written by Aidan McClure & Laurent Simon, Creative Directors at adam&eveDDB and directed by Blinkink’s Elliot Dear and Yves Geleyn. It has been created using hand-drawn animation combined with 3D sets – the first time this technique has been used in an advert in the UK.

Continuing the brand’s support of home-grown music talent, the ad is set to a cover of Keane’s 2004 hit ‘Somewhere Only We Know’ sung by Lily Allen.

Following a series of teasers on ITV that use the #sleeping bear, the ad breaks on 9th November in a special two minute spot during the X Factor. It will be the first ad to take up the whole of a break on ITV.

The campaign is John Lewis’s most integrated yet with the TV ad supported by a host of multi- channel activity including an eBook and hardback book, Christmas card maker, merchandise such as Bear & Hare toys and onesies, social media, in-store and windows, a digital outdoor projection and soundtrack single.

James Murphy, Founding Partner & Chief Executive, adam&eveDDB, said: ‘It’s a privilege to create the advertising for the nation’s best loved department store at Christmas and this year is no exception. Not only have we been able to push the campaign into new territory creatively, we’ve also been able to deliver a truly multi faceted campaign that offers an in-depth take on thoughtful gifting that we hope will appeal to the child in all of us.’ 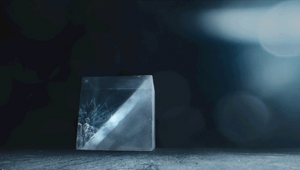 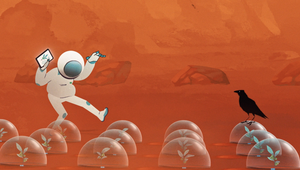