Jimmy Smith: “The Advertising Industry Is Its Own Worst Enemy When It Comes to Talent”

Legendary creative and Amusement Park Entertainment founder says outdated models and archaic approach to defining what creativity is, is stopping adland from reaching the ‘dopest’ talent on the planet 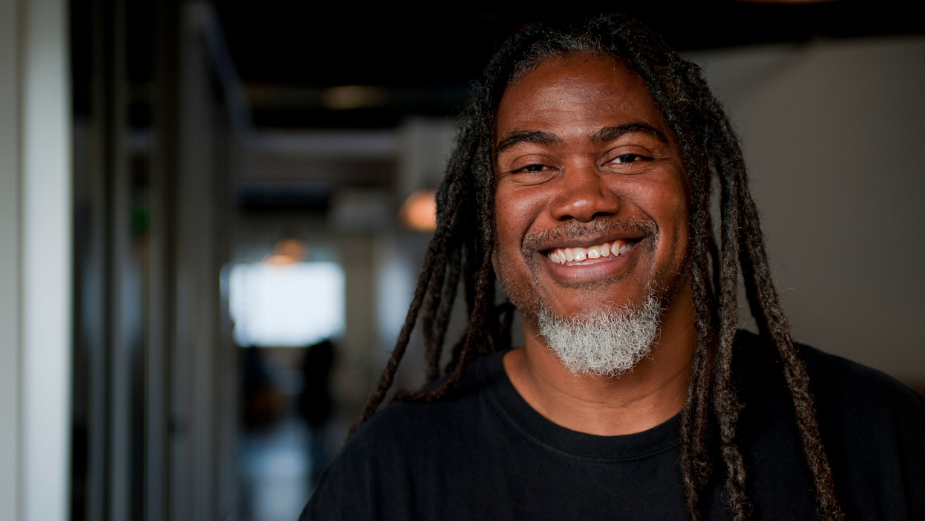 While it shouldn’t take tragedy to drive change, often it’s positioned as a chance for the industry to do better. And far too often, advertising has missed that chance; In a survey conducted between October and December 2020 by the non-profit organisation Hue, which focuses on improving diversity in the world of marketing, 50% of people reported their companies had no diversity and inclusion resources 'whatsoever,’ - but why, when the industry is calling for change, is the very same industry not enacting it?

Jimmy Smith suggests there isn’t enough motivation to, because clients and agencies are generating business without changing, so why bother?
Jimmy, Amusement Park Entertainment’s Chairman, CEO, and CCO is one of the advertising industry’s most celebrated creatives. He is also an award-winning author, copywriter, creative director and has flexed his talent in TV writing, video game creation, and as a film and record producer. His pioneering work with brands like Gatorade, Nike, JBL and Stride Gum has gained acclaim from the likes of The One Show, Cannes Lions, D&AD, ANDYs, Clios, LIA, Time Magazine - and he’s one of Fast Company’s 100 most creative people in business, who described Amusement Park Entertainment as ‘an ad firm that functions nothing like an ad firm.’
And the catalyst for starting his own studio? Recognising that the agencies he worked at had no claim on the work they’d created. When setting up the transmedia agency, Amusement Park Entertainment, his goal was always for the agency to co-own creative with the brands.
Earlier this year, Jimmy helped The One Club’s Kevin Swanepoel’s vision to create Fusion, The One Club’s newest category for its One Show and ADC Awards, which will reward work that meets a diversity criteria. An element to the criteria is that submitted work must share the numbers when it comes to those from underrepresented groups working on each project, putting emphasis on action in D&I, rather than talk.
As a long-term advocate for changing advertising’s approach to diversity and putting the work in to do it, we wanted to sit down with Jimmy to learn more about everything from his approach to talent, how the industry doesn’t know what to do with you if your creativity doesn’t fit into a box, and the systemic racism that still runs throughout adland.

Creativity is more than just what school you studied at, says Jimmy, who welcomes creatives from all kinds of backgrounds - not just the elite schools we’re used to seeing on CVs.
“I have access to the BEST talent on the planet. If you’re Black, Brown, Asian, White, or from any background AND you’re dope and creative, I’ll work with you. I’ve always felt like I’ve had access to the dopest talent in the world.”
Jimmy’s approach to talent has seen his team work on some truly fresh and outside the box projects: Amusement Park Entertainment recently collaborated with The Harlem Globetrotters and Snoop Dogg to create ‘The First Ever NFT Sitcom’ to star the iconic rapper as part of their recent NFT campaign.
Listen to Jimmy alongside Karin Onsager-Birch, VP creative of Lyft, and Gavin Lester, partner and CCO of Zambezi with Great Guns and LBB
How does Amusement Park Entertainment build and support its talent? When asked on an LBB and Great Guns panel last month, Jimmy told a story about how when he was scouting out high schools for his sons where they could play basketball, he noticed the stark contrast between Crenshaw High School and Harvard-Westlake School: “I remembered what Pee Wee Kirkland said - he was a street basketball legend and drug kingpin from the 70s - he said: ‘The only difference between me and the Rockefeller kid is the Rockefeller kid was born into the Rockefeller family and I was born in Harlem,” he said.
“So when I visualised that and saw the contrast between Crenshaw and Harvard-WestLake, I was like man, if we could tap into the talent that’s in those neighbourhoods [where] there are millions of kids getting left behind, there might be the cure for coronavirus and we don’t know it because we just throw them away, throw them in prison - especially folks of colour - so part of what we do [at Amusement Park Entertainment] is working with folks who don’t have the opportunities everyone else had.”

The man who asked adland, Where Are All The Black People?

10 years ago, a conversation Jimmy had with Jeff Goodby caught the attention of adland; they posed the question: “Where are all the Black People?” which led to The One Club launching an event of the same name.
At the time, Jimmy says, he was judging a talent show with The One Club - “The idea was that if you’re only recruiting from advertising schools, it’s going to be one-note,” he says. “Advertising schools do a great job and we need what they do, they're tremendously important, but the issue is getting more diversity in. Not everybody can afford to go to school or maybe they've never thought of advertising as an industry for them.”
The first programme invited individuals to present their portfolios to creative directors with the chance of winning a placement. One applicant, Vison Muhammad, was a late entry - when Jimmy asked what he was going to present, he said “I’ll come up with something.”
“So he came up on stage with his horn. He said I don't have a portfolio, but I do have this poem, and he recited the poem. And he said I have this rap, and he does the rap. You only get three minutes and as he walks offstage everybody starts shouting across: ‘What’s the horn for?’ and he said, ‘I'm glad you asked.’ So he got additional time. And he played his horn, and it was clear he had creativity coming out of his pants pockets.”
Yet as Jimmy tells LBB, he was the only judge who wanted to vote for him.
“I said (to the other judges) - you guys can’t figure out he’s the most creative dude on the stage? So therefore you’ll bring people on board who are less creative?”
“So anyway,” Jimmy says, “Eventually we hired him.”

“In this industry, if you don’t go through the proper protocols and gain the right credentials, they don’t know what to do with you,” says Jimmy. “It’s weird given the fact we’re supposed to be creatives.”
Solutions to the talent question have been under scrutiny for a long time, but now more and more with the growth in freelancers, the “Great resignation,” and an ongoing diversity problem means that while the conversation continues, there isn’t one uniform answer.
Perhaps we think too much that the problems of 2021 are unique. As Jimmy says, the industry didn’t know what to do with print talent when radio came along, and then the same for TV, and digital: “I noticed when it comes to people who are creative and know how to adapt and boogie, the medium doesn’t matter - an idea is an idea, and a great idea will travel. It’s like when you pour water on a table, it’s not going to just stay on the table; That’s what a great idea does, and that’s what I’m looking for. I like the diversity of the mind as well as the skin tone,” says Jimmy.

Systemic racism runs deep, and there’s not enough pressure to change it

The issue of why the advertising industry is struggling to achieve diversity goals isn’t an easy one to tackle. But as Jimmy says, “They don’t want diversity, that’s the whole issue.”
“If you truly want it [diversity], you can make it happen. If you don’t want to make it happen, then you don’t make it happen. What’s really, truly the problem is systemic racism. It’s ingrained. You don’t need to be wearing a pointy hat or walking around with a Nazi badge for your company to be systemically racist.”
He makes the perfect analogy of ankle weights as a lack of diversity, a lesson he learned playing basketball himself. “We played with ankle weights. They were heavy, but you got used to it after a while, and you forgot you had ankle weights on. You’re doing all the things that you were doing before, but with weights on,” he says. “But once I took them off, I could do all types of dunks. It got to the point where I could dunk with ankle weights on but it wasn’t as high flying as without ankle weights. It’s kind of like that.”
Jimmy tells LBB that in the wake of George Floyd’s murder and 2020’s Black Lives Matter protests, many people in the advertising world recognised their own racism, but that it ‘took a man being murdered recorded on a cell phone’ for that to happen. But for the agencies, there haven’t been enough incentives for change. Why? “People are still making their money, at the top, it’s working for clients, so there’s not enough pressure on them to do the right thing. To dig deeper. But man, if they got rid of their ankle weights, they’d be flying.”
view more - Trends and Insight