Behind the Scenes on the Spectacular Saatchi & Saatchi New Directors' Showcase 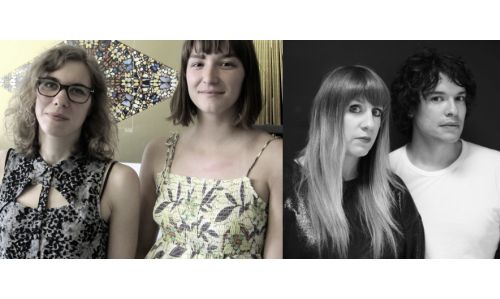 The Saatchi & Saatchi New Directors’ Showcase is renowned for shaking things up and surprising the audience at Cannes. They’ve had everything from Richard Dawkins to hoards of zombies  over the years. This week, however, might just be the most ambitious show yet as wearable technology and live data visualization of the audience’s emotional reaction to the reel transformed viewers into lab rats.

But every insane experiment needs a mad doctor, and the brains behind this year’s show was Saatchi & Saatchi creative team Linda Weitgasser and Alex Sattlecker. Despite leaning on the most contemporary adland trends, the pair also drew inspiration from 1960s B-Movies and some of the more extreme psychological experiments of the era, to bring a sense of campy fun to proceedings. 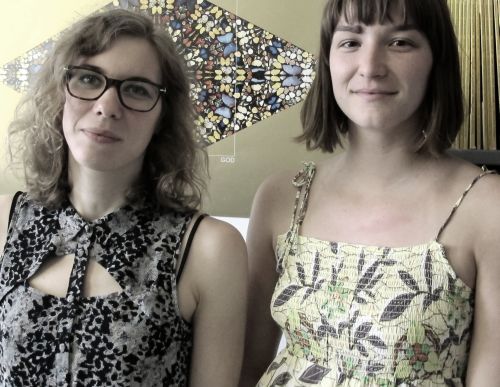 “The whole thing we're doing, capturing someone's emotional reactions, felt like a scene out of a 60s movie, depicting slightly dodgy medical experiments, which is why for us, a stylised, medical experiment environment felt just right for this show,” the pair explain. “We're drawing inspiration from the experiments of that era but are simultaneously looking into the future with the technology we're using. We really hope we inspire people with the show, excite them about the amazing technology that's available to us and that they like that we're doing things differently this year.”

In order to track the audience’s visceral response to the reel of new directors, the show used wristbands that measured emotional responses and transmitted data live to a server that will create real-time data visualization. Each director’s film has a different style of data-viz. 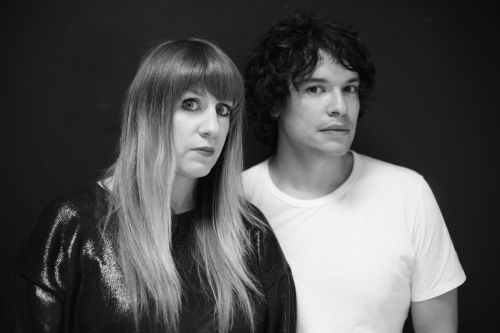 The secret to the show’s success has been picking the right partners to collaborate with. Prettybird, who have been working with the NDS for several years, produced the extravaganza, and Studio XO and Marshmallow Laser Feast (MLF) co-directed the event. While MLF took charge of the data visualization, Studio XO was responsible for developing and designing the wristbands, which make use of their XOX, their emotional technology platform.

As Studio XO’s Ben Males and Nancy Tilbury explain, the wristbands are no mere gimmicks – they’re the result of several years’ worth of R&D. “The Sensory wrist band has been in development for 3 years so we knew we needed to design a product which had the spirit of the Saatchi & Saatchi brand but maintained Studio XO's house style. The wristband is designed so that the functional core can be dressed in multiple ways. We therefore focussed our design work on the body and the skin of the device. At Studio XO we are always referencing 'Digital Skins' and when it came to NDS 2014 this was an important feature. Using silicone rubber we skinned our device to create maximum LED diffusion so the surface of the skin felt as if the light was coming directly from the human body. This new emotional vocabulary for the human body was paramount in the design to achieve the maximum effect during the 'Feel the Reel' event. Linda & Alex decided to use the colour spectrum from the sensory wristbands in the communication materials, synergistically tying together all aspects of the show.”

For creative Alex and Linda, the chance to collaborate with the likes of Studio XO and MLF has been something of a revelation. “It really was rather amazing. We've never worked that collaboratively on a project before and although of course that's difficult at times, it was an incredibly inspiring way of working and hopefully the outcome will be greater because of it,” they say. “Everyone at PrettyBird, Studio XO and Marshmallow Laser Feast just shows so much passion for what they do and everyone is putting in so much work and pulling in so many favours to make the show the best it can be.”

The tagline for this year’s showcase is ‘Feel the Reel’; despite the impressive technology, the idea is to put the emotional power of great filmmaking front-and-centre. And in many ways the technology has been deployed in such a way that it adds to rather than detracts from the authenticity of the show.

“The data we capture should hopefully give us some great insight into human emotions and what people really feel when they’re watching content. It's such an honest piece of technology, much more honest than asking someone what they felt about the reel they've just watched. No- one has ever captured the emotional response of such a huge audience, all watching the same thing at the same time,” say Alex and Linda.

The pair say that the project has taken over their lives for the past few months, to the point that they’ve found themselves dreaming about the show. However as anyone fortunate enough to attend the NDS in Cannes can attest, the sleepless nights and painstaking preparation paid off.

“With everything we do we want to touch people in some way,” say Linda and Alex. “So we think the potential to learn from this experiment is huge, not just for us as creatives and agencies but for directors, musicians and of course for our clients too.”